CHINA China has eliminated trachoma as public health problem: WHO

China has eliminated trachoma as public health problem: WHO

MANILA, Oct. 7 (Xinhua) -- The World Health Organization (WHO) in the Western Pacific Region confirmed here on Monday that it has validated China as having eliminated trachoma as a public health problem. 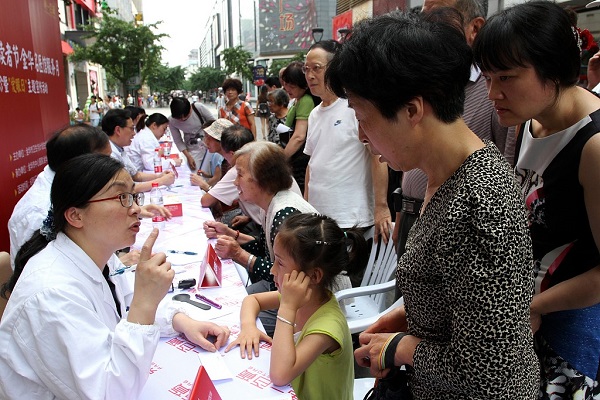 An acitivity held to promote the public's attention to eye health in southeast China's Zhejiang Province in 2015. (File Photo: VCG)

Trachoma is the leading infectious cause of blindness worldwide. Infection caused by the Chlamydia trachomatis bacterium is spread through contact with discharge from the eyes or nose of infected people, particularly young children.

Flies that have been in contact with infected discharge also spread the disease. Poor sanitation and hygiene are risk factors for transmission.

After years of repeated infection, the inside of the eyelid can become so scarred that it turns inwards, causing the eyelashes to rub against the eyeball, scarring the eye and potentially leading to blindness.

According to WHO, China, Cambodia and Laos are the only countries in the Western Pacific region to have eliminated trachoma as a public health problem.