China has full confidence in future relations with Kazakhstan: FM 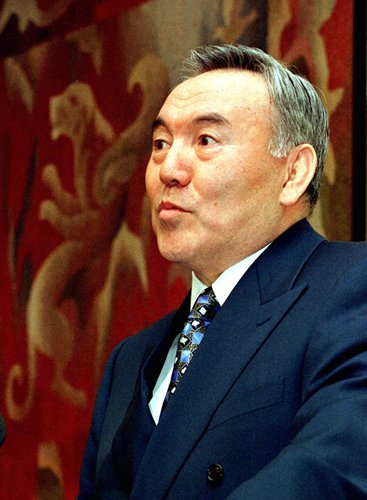 China on Wednesday said it understands the decision made by Nursultan Nazarbayev to resign Kazakhstan's president and has full confidence in future Sino-Kazakhstan relations.Nazarbayev, 78, who had served as Kazakhstan's president for nearly three decades, announced his resignation on Tuesday.Kassym-Jomart Tokayev sworn in as the country's president on Wednesday following the sudden resignation of Nazarbayev. Tokayev will remain president until a new leader is chosen during the country's presidential elections scheduled for 2020.  Nazarbayev said he would remain the head of Kazakhstan's security council and leader of the Nur Otan party, the country's ruling party, and remain a member of the Constitutional Council. Nazarbayev is the founder of the Republic of Kazakhstan and a national leader deeply respected and supported by the Kazakh people. China understands Nazarbayev's decision to resign, Foreign Ministry spokesperson Geng Shuang said at a press briefing on Wednesday.Since China and Kazakhstan established their diplomatic relations 27 years ago, Nazarbayev has always committed himself to the friendship between the two countries, Geng said. China highly appreciates Nazarbayev's efforts in promoting the establishment of China-Kazakhstan comprehensive strategic partnership, and actively participating and boosting the cooperation under the China-proposed Belt and Road Initiative, Geng noted."Kassym-Jomart Tokayev has been an old friend and a good friend that Chinese people are familiar with. China hopes and believes that Kazakhstan will continue making progress in its national development," Geng said. China and Kazakhstan are mutually important neighbors, and current China-Kazakhstan relations are at high level. Strengthening all-round cooperation between China and Kazakhstan serves the common interests and is also the consensus of both sides, Geng said, adding that China has full confidence in its relations with Kazakhstan and future Sino-Kazakhstan cooperation.