CHINA China has made 'remarkable' progress on gender equality

China has made 'remarkable' progress on gender equality 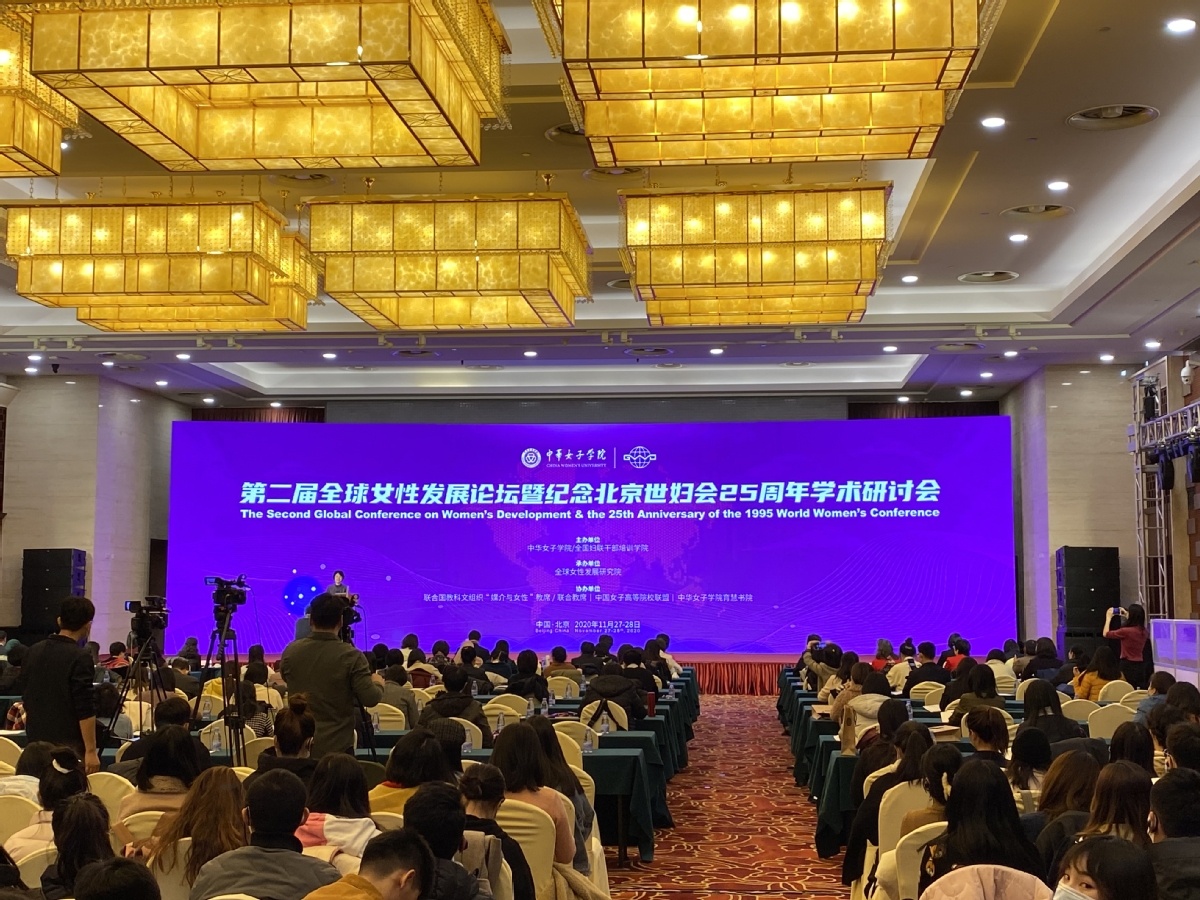 A seminar is held by the China Women's University to mark the 25th anniversary of the Fourth World Conference on Women in Beijing on Nov 27, 2020. (Photo: China Daily)

China has made remarkable headway in promoting gender equality since the Fourth World Conference on Women in Beijing in 1995, a United Nations official said on Friday.

Breakthroughs include the passing of the nation's anti-domestic violence law in 2015, which bolstered legal protections for women and girls, Tian Di, a partnership expert at UN Women China, told a seminar in Beijing.

Progress in closing the gender gap was also made possible by the expansion of e-commerce, which allowed female entrepreneurs more market access, she said.

Tian added that China's commitment to poverty reduction has helped curb malnutrition among rural girls and increased opportunities for them to seek academic and vocational training.

"Chinese women are the beneficiaries of the rapid development, and contributors as well," she said.

Despite the progress, gender-based inequalities persist worldwide in various forms, she said.

One third of women worldwide have experienced some form of sexual violence. There are far fewer female executives, and women are paid much less than their male counterparts. They are also more susceptible to dropping out of school and job losses associated with the COVID-19 pandemic, Tian said.

The seminar was held by the China Women's University to mark the 25th anniversary of the Fourth World Conference on Women, the last such meeting. Phumzile Mlambo-Ngcuka, undersecretary-general of the UN and executive director of UN Women, has described the Beijing gathering as the "largest-ever global gathering" on gender equality.

At the meeting, the UN adopted the Beijing Declaration and the Platform for Action, which laid down strategic goals and policy frameworks for promoting gender equality and ensuring women's rights.