CHINA China has no interest in trilateral arms control negotiations with US, Russia

China has no interest in trilateral arms control negotiations with US, Russia 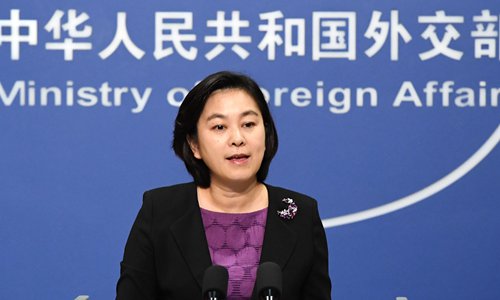 China has repeatedly reiterated that it has no intention of participating in the so-called trilateral arms control negotiations with the United States and Russia, Foreign Ministry spokeswoman Hua Chunying said at a routine press briefing Tuesday.

She made the remarks after the invitation from the U.S. Special Envoy for Arms Control Marshall Billingslea, who wrote on Twitter that the time and place for nuclear arms negotiations in June has been set and China also has been invited.

"We have noted that the U.S. has repeatedly mentioned China on extending New START (New Strategic Arms Reduction Treaty), which is a consistent tactic to remove itself from responsibility," she said.

The spokeswoman added that the U.S. has withdrawn from many treaties over the past few years, such as the Iran nuclear deal, the Intermediate-Range Nuclear Forces Treaty, and the Treaty on Open Skies, and most recently, the country is considering the possibility of resuming nuclear tests.

"It is very absurd and unreal to hear the officials of such a country talk about negotiations in good faith," Hua said.