WASHINGTON, Jan. 30 (Xinhua) - China is a large economy with the resources and the resolve to effectively meet the challenge of the outbreak of pneumonia caused by the novel coronavirus, the International Monetary Fund (IMF) said Thursday. 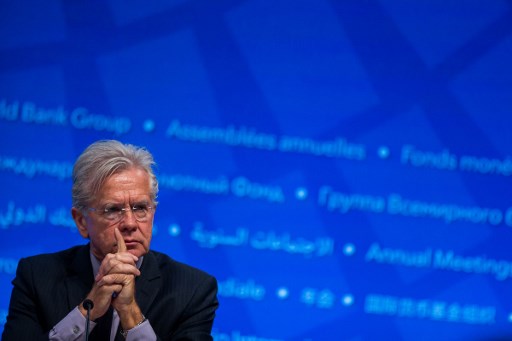 Commenting on the Chinese government's response to the recent outbreak, Gerry Rice, director of the IMF's communications department, told a press briefing that Chinese authorities are clearly "taking this very seriously."

It is very helpful that China is "working closely with the World Health Organization and others," and "sharing information about the disease and the measures taken," Rice noted.

Rice said the "right priority" is getting help to the people who have been affected, including increasing spending on public health services and prevention to help address and contain the outbreak, adding "China has the fiscal space to act if needed."

The IMF spokesperson also noted that it is "too early to quantify" in any precise way the economic impact of the novel coronavirus outbreak.

"The economic impact will depend very much on the behavior of the illness itself, the virus. How fast it spreads, who it affects and how quickly the contagion will run its course," he said.

"We've seen the direct impact mostly on demand as people have stayed home in China. And usually what is usually a very busy retail and tourism season has essentially come to a halt," said Rice.

On the supply side, there have been production stoppages, transport delays and workers staying home, he said.

The spokesperson, however, noted that the multilateral lender also expects that "much of these effects could be temporary and be reversed once the virus retreats."

"As roads and airports open up again, people go back to work, and firms make up for lost business," he added.

"The overall impact on the Chinese economy will depend on how long it will take before we get to that point of reversal," Rice said. "If the virus retreats quickly, the impact will likely be small."

In terms of the novel coronavirus outbreak's global impact, Rice said if it is a small impact on China, "the relative impact on the rest of the global economy would be smaller."