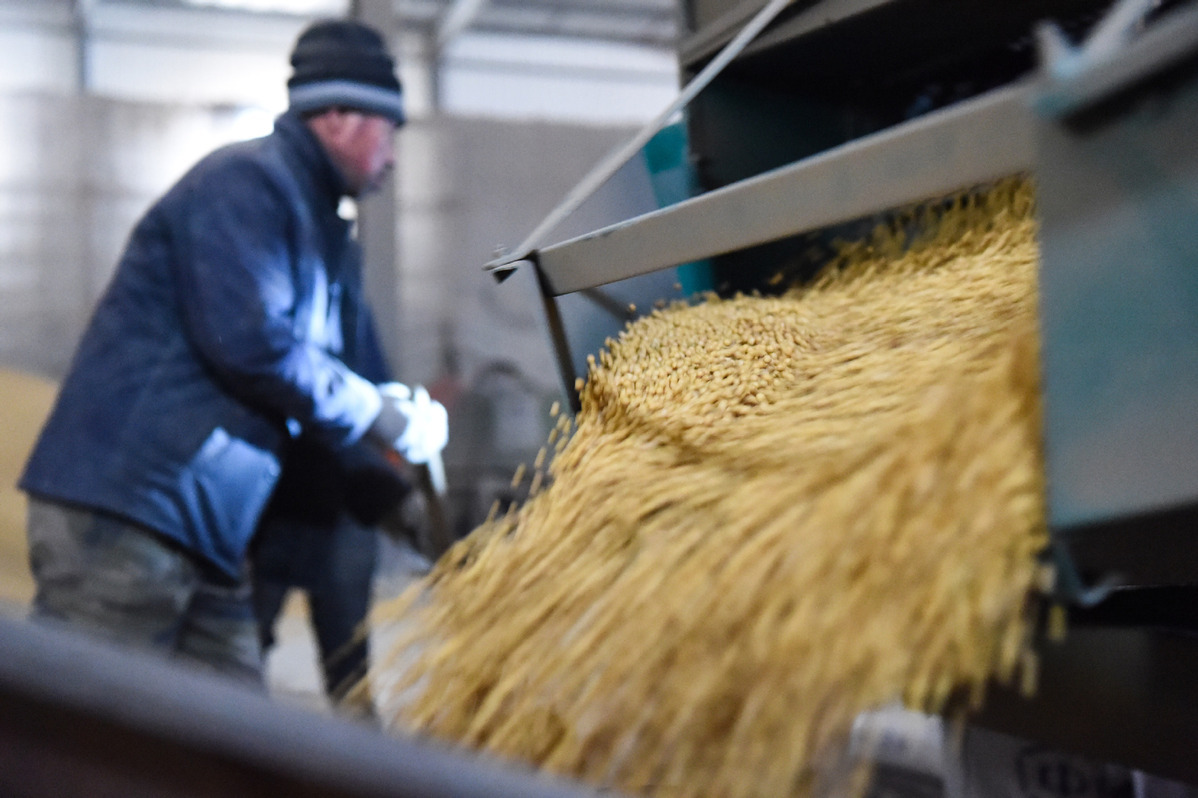 An agricultural official said on Sunday that China has sufficient soybean reserve to ensure fodder supply this year in response to concerns that the global novel coronavirus pandemic could disrupt supply chains and fuel price surge in imported soybeans.

The remarks came after a few suppliers raised the price of soybean meal – a major raw material for forages widely used in pig and chicken farms.

Wei Hongyang, deputy director of the animal husbandry and veterinary department of the Ministry of Agricultural and Rural Affairs, said China relies on homegrown corns and imported soybeans for fodder production. While the corn supply has remained stable, the soybeans are susceptible to global epidemics, which could affect shipments.

But Wei said the supply and demand of soybeans is generally balanced in the first quarter, and the soybean meal output has slightly outstripped its consumption.

The demand in the second quarter is expected to be met as well, he said.

He said the price rise was mainly fueled by psychological factors not the actual supply.

Global ports would step up effort to ensure soybean shipments amid the pandemic, as it is in the interest of both exporters and importers, he added.

He said he doesn't expect further price surge in the forage, given the slump in the hog and chicken production. Besides, technologies are available to reduce the forage-maker's reliance on soybeans.