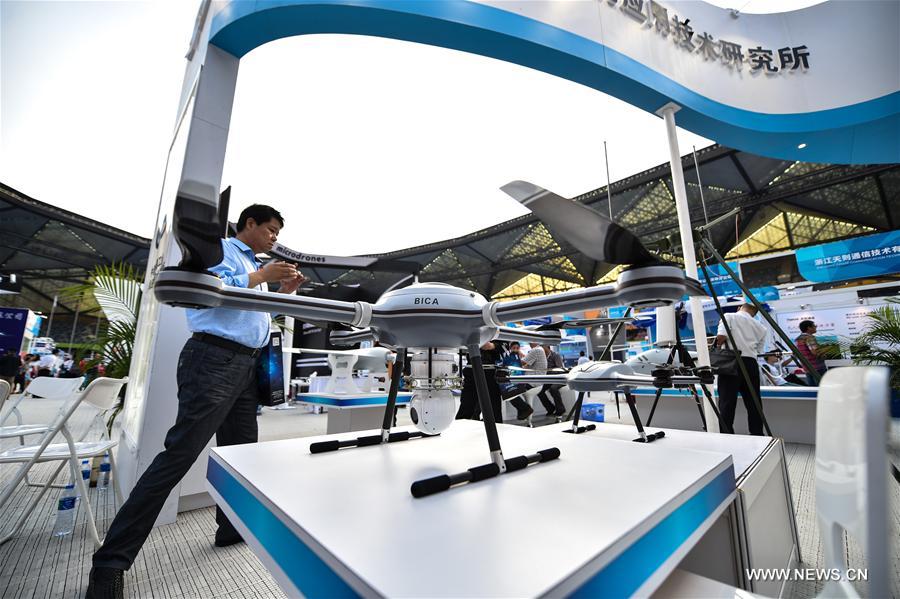 November 21 was the last day of the China High-tech Fair in Shenzhen. We went there one morning to see what companies had to offer, and I was amazed by what I saw on the fair. There were new technologies in medical care, aerospace, virtual reality (VR) and so much more. VR was very popular. We didn't get to try the VR devices because of the long queues of people, but we got a nice massage from a massage mat that you can place in your car seat. I was impressed by how good it felt. We got to measure our body fat percentage, and I had an air-water coffee. I had to ask my husband what it was because I didn't understand what was meant by air water. Apparently, the machine is taking the humidity from the air and uses it to make the coffee. Ingenious!I was most excited to see the robots. Some were so cute and they were dancing. I can already imagine that in five years from now children will not be asking for puppies anymore. Instead, they will want to have their own robot.I can see how our lives will change tremendously in the next few years. Before, I was always against new technology and big changes. I felt it was against nature, but now that I see this high-tech stuff, I know we can't stop progress and that we have to embrace it. I saw how hydrotherapy and light therapy can help plants, but I could also see how light therapy can help people with debilitating diseases. And this is positive progress because we are helping nature and people who are suffering. As long as the technology is used for the advancement of people and of the planet, we need to accept and applaud it! I am now glad to live in a city that is at the base of these advancements that will move our lives into a new future. It still looks very futuristic, and it seemed I was stepping into something from a fantasy movie, but I guess people have felt the same way with every new breakthrough, from televisions and computers, to cell phones and now robots and VR! Who knows what will be next. I have been watching videos on how some entrepreneurs want to make traveling to the moon available for the public and even building colonies there. Human capability seems limitless.