China hits back at ‘fabricated’ US trade claims with scathing criticism 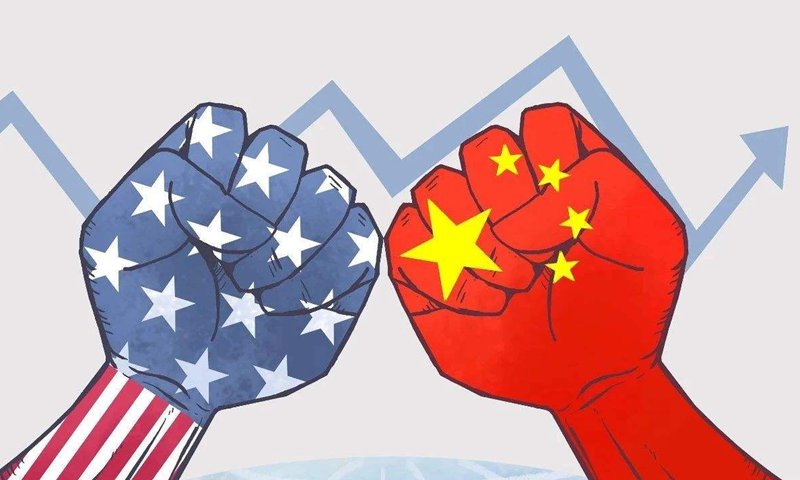 China on Thursday issued one of the harshest criticisms yet of the US since the world's two largest economies engaged in a trade conflict that further escalated in recent days as the US threatened new tariffs against China, in a clear sign that China would not back down and is ready to defend its core interests.

In a lengthy, scathing statement, the Ministry of Commerce (MOFCOM) scolded the US for slandering China with baseless accusations of unfair trade practices for its own political needs and single-handedly starting a global trade war that would bring the world economy into dangerous territory.

"The US side's slander of China that China has been engaging in unfair trade practices and taking advantage of the US is distorting the facts and is untenable," the statement said, adding that the US government "fabricated" a tale about China-US relations to meet domestic political needs and the need to suppress China's development.

In a rare move, the MOFCOM pointed out directly that "deep problems" within the US economy and society are "completely caused by structural problems in the US" rather than China and that the US' trade deficit with China is exaggerated and caused by the US' low savings rate and restrictions on high-tech exports based on a "cold war" mentality.

While the statement largely repeated China's longstanding stance on China-US trade disputes, the tone and the language was much "more serious," a sign of China's frustration with constant threats from the US, said Mei Xinyu, a research fellow at the Chinese Academy of International Trade and Economic Cooperation, which is affiliated with the MOFCOM.

"In face of the new threats from the US, China is trying to show its will to fight back and defend its national interests," Mei told the Global Times on Thursday.

Following earlier tariffs on $34 billion worth of Chinese goods, the US government has released an additional list of Chinese goods worth $200 billion on which it plans to impose punitive tariffs.

Mei pointed out that China has not released a specific plan to counter the US' latest threat but Thursday night's statement signals that China might have made "concrete progress" on finalizing a plan.

"I'm afraid that some parts of the plan might not be appropriate to release in advance, because policymakers have to consider the impact on the already-shaky financial markets, but we definitely have a plan," Mei said.

The MOFCOM statement did not mention any countermeasure to the new US threat but instead focused on pushing back the US accusations, rationalizing China's countermeasures against the US' previous tariffs and painting the US as responsible for a trade war with not just China but the entire world.

"The US is not just fighting a trade war with China, but is also treating the whole world as an enemy and it will drag the world economy into dangerous territory," the statement read.

Mei said that the statement might be aimed at laying the foundation for its planned countermeasures for the US tariffs on $200 billion of Chinese goods by "making clear that the problem is on the US side."

"China is taking the moral high ground… it will try to mobilize a global force against the US," he said.