China hits back at IPR critics 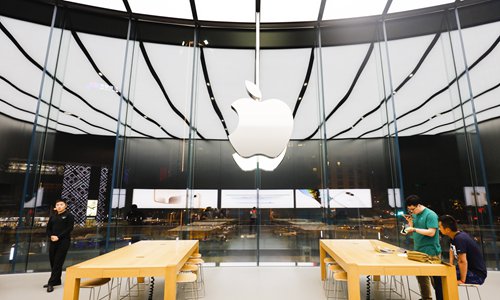 China's National Intellectual Property Administration (NIPA) on Sunday hit out at vague criticism of the nation's ongoing effort to protect intellectual property rights (IPR), vowing to keep strengthening judicial  protection for both domestic and foreign companies as the country becomes a global innovation powerhouse.Some countries' criticisms of China's IPR protection are vague and lack evidence, Shen Changyu, head of the NIPA, told a press conference in response to a question that some Western countries such as the US had accused China of failing to provide strong IPR protection.China continues to engage in "unfair and harmful conduct" that damages US' IPR, despite some limited areas of IPR protection reform, according to a report issued by the Office of the United States Trade Representative (USTR) on Thursday, five days before US officials' planned visit to Beijing for a new round of trade talks.US' criticisms reflect the country's "patent troll" behavior pattern, Mei Xinyu, a research fellow with the Chinese Academy of International Trade and Economic Cooperation, told the Global Times on Sunday."The US is blindly overconfident about its own IPR protection system," Mei said. "It should re-examine its own system according to the standard of whether it's efficiently promoting innovation and the economy, rather than simply criticizing China's."The latest US criticism is also in contrast to the results of a survey released by the American Chamber of Commerce in China (AmCham China) in February, which showed that US companies in China are more concerned about US-China trade tension than IPR protection.According to the survey, which was conducted in November and December 2018 and represented the views of 314 out of 771 AmCham China member company representatives, 59 percent of the US companies operating in China thought the country had made progress in protecting trademarks and brands over the past five years.The majority of respondents acknowledged China's efforts to improve the way in which IPR laws are written and enforced, especially with respect to trademark and brand protection.During Sunday's press conference, Shen pointed out that "the critics ignored the significant progress China has made on IPR protection." More foreign corporations have chosen to file IPR protection lawsuits in China due to a better IPR protection in China, Shang Jiaquan, senior partner at Globe-Law, told the Global Times on Sunday.Commenting on the high-profile patent lawsuit between Apple and Qualcomm, Shang said, "Qualcomm could have filed the suit in many countries, but it chose China."There is a broad consensus among Finnish companies about the progress China has made in IPR protection, according to Zhu Bin, director of Invest in Finland Greater China, an investment promotion agency."The heightened anticipation that IPR will be better protected in China in the future has had a significantly positive impact on bilateral research cooperation and innovative cooperation," Zhu told the Global Times on Sunday.In Finland, innovation is led by small and medium-sized companies and they, unlike big enterprises, particularly care about IPR, according to Zhu. "The constantly improving environment addressed their concerns, and it will further encourage more Finnish and Scandinavian companies to come to China," Zhu said.Improving protectionIPR infringement is a worldwide problem, Shen noted, but different countries are at different levels of development, with different degrees and forms."Every country should try to improve its business environment and fix its problems, instead of resorting to window dressing," Shen added.China broke into the world's top 20 most-innovative economies in 2018 Global Innovation Index (GII) ranking published annually by Cornell University, INSEAD and the World Intellectual Property Organization. The only standard to measure IPR protection efficiency should be whether it encourages innovation and supports economic development, Mei said.Besides constantly revising IP-related laws, China has set up three IPR courts in recent years. The Supreme People's Court set up an IPR tribunal that handles complex appeals such as patent litigation in January.China's IP royalties to overseas parties jumped to $28.6 billion in 2017 from $1.9 billion in 2001.French fashion house Christian Dior and Japanese retailer UNIQLO saw their IP-related petitions protected by Chinese laws in 2018.  "On some level, the US' IPR protection is better at creating monopolies rather than encouraging innovation, compared with China's," Mei said. According to a statement from Chinese internet company Tencent sent to the Global Times on Friday, the company's patents have exceeded 30,000, ranking second among internet companies in the world."No best, only better in terms of strengthening IPR protection," Shen told the press conference.