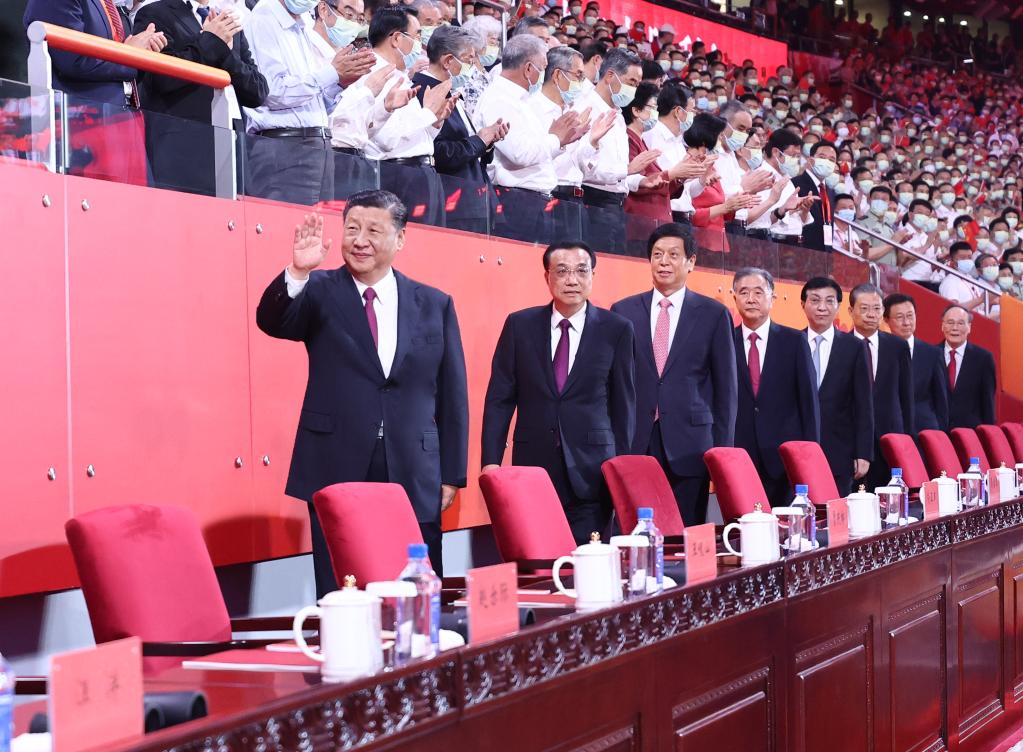 An art performance titled "The Great Journey" is held in celebration of the 100th anniversary of the founding of the Communist Party of China (CPC) at the National Stadium in Beijing, capital of China, on the evening of June 28, 2021. (Photo: Xinhua)

BEIJING, June 28 (Xinhua) -- An art performance was held in Beijing on Monday evening in celebration of the 100th anniversary of the founding of the Communist Party of China (CPC).

At around 7:57 p.m., Xi and other Chinese leaders walked onto the rostrum, waving to the people amid applause and cheers.

With fireworks rocketing into the sky, displaying the number 100 over the stadium, the performance unveiled its curtain.

The epic show, divided into four parts, depicted how the Chinese people, under the leadership of the CPC, have carried out revolution, construction and reform over the past 100 years.

It extolled the fact that under the strong leadership of the CPC Central Committee with Comrade Xi Jinping at its core since the 18th CPC National Congress, socialism with Chinese characteristics has entered a new era, and China is embarking on a new journey of fully building a modern socialist country.

After the performance, all the audience rose to chorus the song "Without the Communist Party, There Would Be No New China."

Important foreign friends, diplomatic envoys and representatives of international organizations in Beijing, and foreign experts were also invited to the event.