A ceremony marking the completion and launching of the BeiDou-3 Navigation Satellite System is being held at the Great Hall of the People in Beijing on Friday. 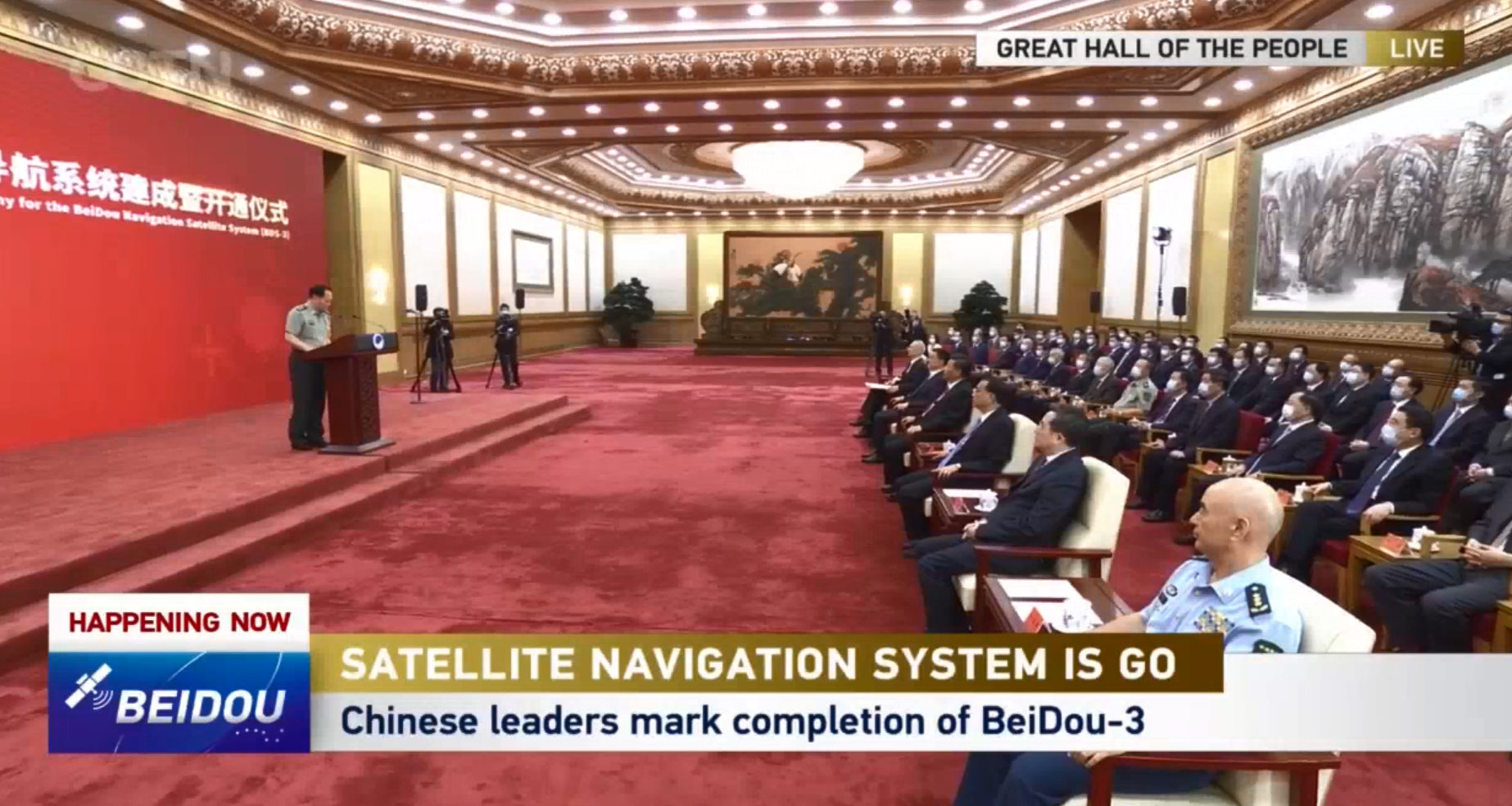 At the event, Zhang Youxia, vice chairman of the CMC, read a congratulatory message by the CMC.

The new updated BeiDou-3 satellite was launched from the Xichang Satellite Launch Center in southwest China's Sichuan Province on June 23.

The satellite, carried by a Long March-3B carrier rocket, is the 30th BDS-3 satellite and the 55th in the BeiDou satellite family.

The system will offer high-precision positioning and short message communication, which will bring global navigation satellite systems to new highlights.