Elections of new deputies to people's congresses in township and county-level regions are being held smoothly, the General Office of the National People's Congress (NPC) Standing Committee said Tuesday. 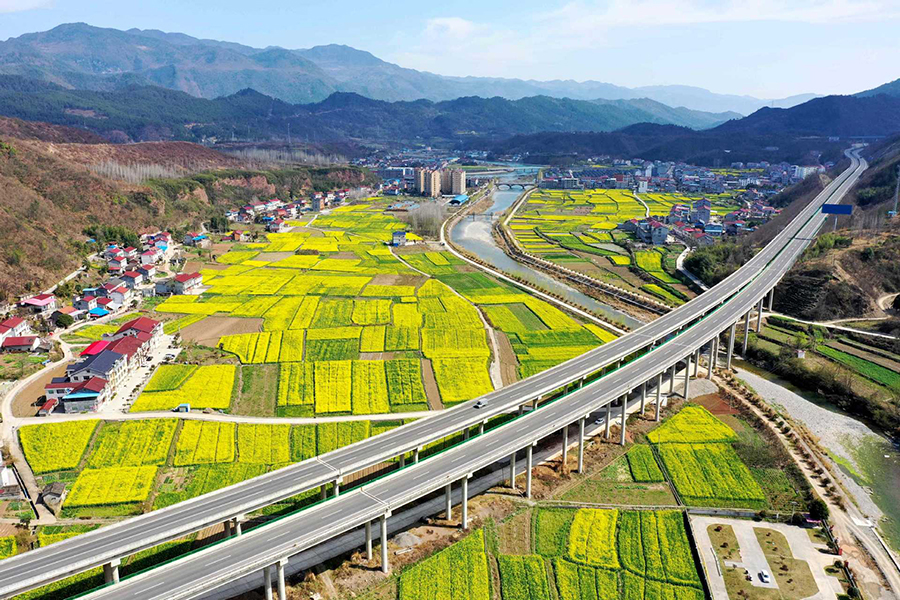 Rapeseed flowers are in full bloom on both sides of an expressway in Baokang county of Central China's Hubei province, on March 4, 2021. (Photo: Xinhua)

In keeping with the Constitution and laws, China has kicked off township and county-level congress elections from the first half of this year, the office said.

Local authorities nationwide have been safeguarding people's right to vote and stand for election in accordance with the law, and realizing whole-process people's democracy through the voters' effective exercise of their voting rights as well as in every part of the elections, the office said.

In line with China's newly-revised Electoral Law, the base numbers of deputies to people's congresses at the township and county-level regions have been adjusted to include more members of the public from the primary-level and community workers. The structure of deputies has also been optimized according to local socio-economic realities to enhance their extensiveness and representativeness, the office added.

The office urged local authorities to set up election committees to perform organizational and voter-service duties, such as conducting the accurate registration of voters, ensuring the voting rights of migrating populations, organizing interaction events among candidates and voters, and safeguarding people's rights to be informed, to participate and to oversee.

Against the backdrop of pandemic control, the office also called for strict pandemic prevention and control efforts throughout every link of the elections.