The opening ceremony for an exhibition was held on Monday in Beijing to commemorate the 70th anniversary of the Chinese People's Volunteers (CPV) Army entering the Democratic People's Republic of Korea (DPRK) to help in the war to resist U.S. aggression. 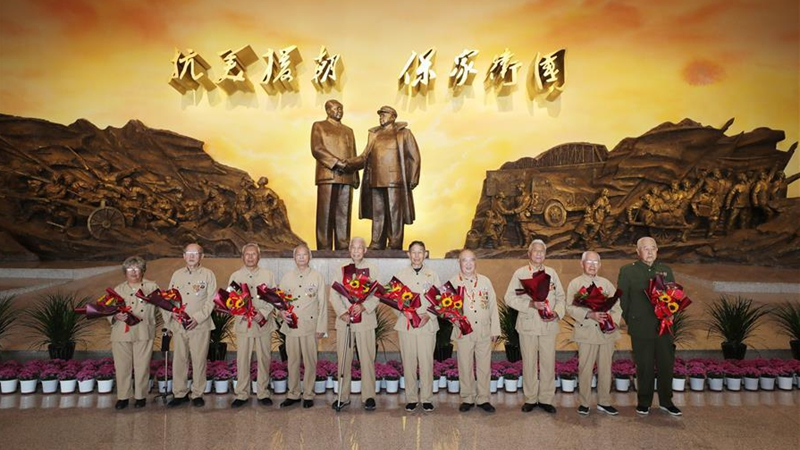 Veterans of the Chinese People's Volunteers (CPV) pose for a group photo at the Memorial Hall of the War to Resist U.S. Aggression and Aid Korea, in Dandong, northeast China's Liaoning Province, September 19, 2020. (Photo: Xinhua)

On October 19, 1950, as requested by the DPRK, CPV forces crossed the Yalu River to aid the DPRK's fight there until a truce was signed in 1953. A total of 2.9 million CPV soldiers entered the battlefield, and 197,653 of them sacrificed their lives in the war.