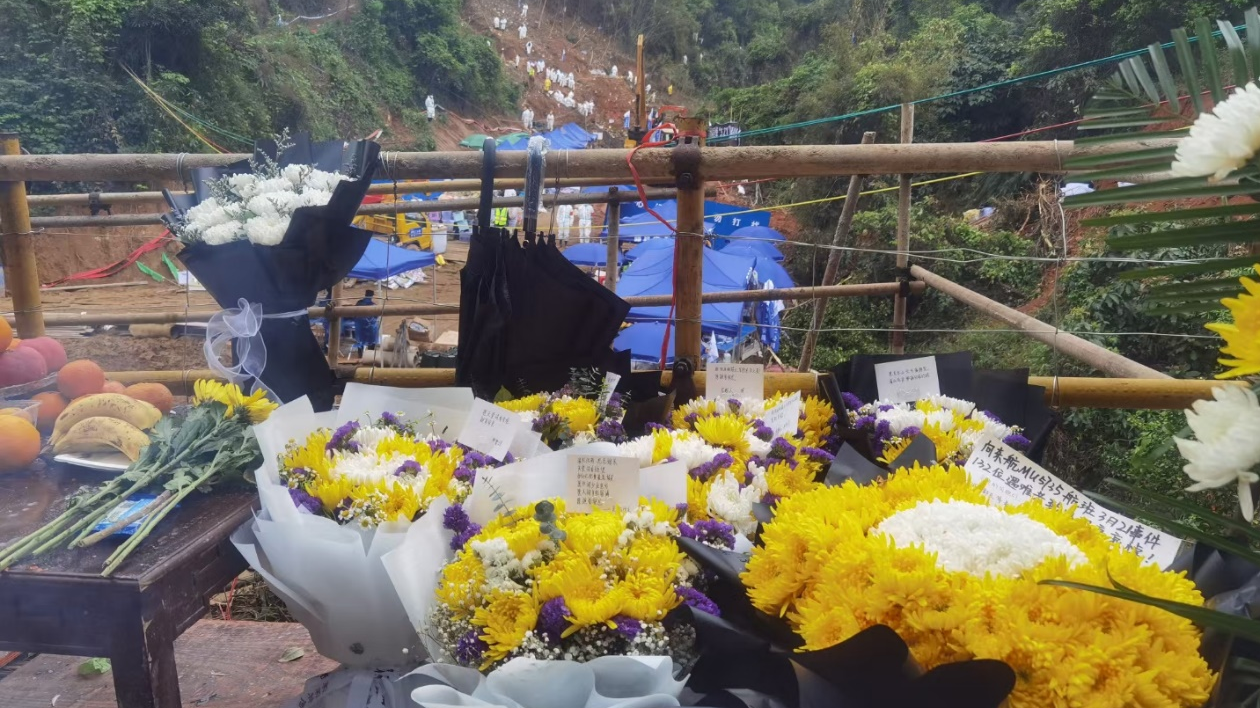 BEIJING, April 1 (Xinhua) -- China has held a national teleconference on strengthening workplace safety to implement the instructions made by President Xi Jinping after the China Eastern Airlines plane crash.

Soon after the accident happened on March 21, Xi, also general secretary of the Communist Party of China (CPC) Central Committee and chairman of the Central Military Commission, ordered all-out search and rescue efforts and the proper handling of the aftermath, and dispatched senior officials to direct related work.

Xi made an instruction about workplace safety on March 24, and on Thursday chaired a meeting of the Standing Committee of the Political Bureau of the CPC Central Committee to hear a report on handling the crash and make arrangements for the follow-up work.

Noting that responsibilities were not fulfilled in some localities and sectors, Xi said Party committees and governments at all levels should put people and their lives first, stay on high alert, and never relax their vigilance in terms of workplace safety.

Premier Li Keqiang, also a member of the Standing Committee of the Political Bureau of the CPC Central Committee, said in an instruction that the country still faces a complex and tough workplace safety situation and stressed the need to learn lessons from recent safety accidents.

Work should be done to strictly punish violations in key sectors including mining, hazardous chemicals, construction and transportation, Li said.

The teleconference took place to implement Xi's instructions. Liu He, a member of the Political Bureau of the CPC Central Committee and head of the Work Safety Committee of the State Council, made a speech at the conference. Wang Yong and Zhao Kezhi, both state councilors and deputy heads of the work safety committee, attended the meeting.

The meeting outlined a raft of measures to improve workplace safety and prevent major accidents, including an immediate nationwide inspection and strengthened oversight and law enforcement.

Concrete actions must be taken to prevent frequent accident occurrences as soon as possible, according to the meeting.