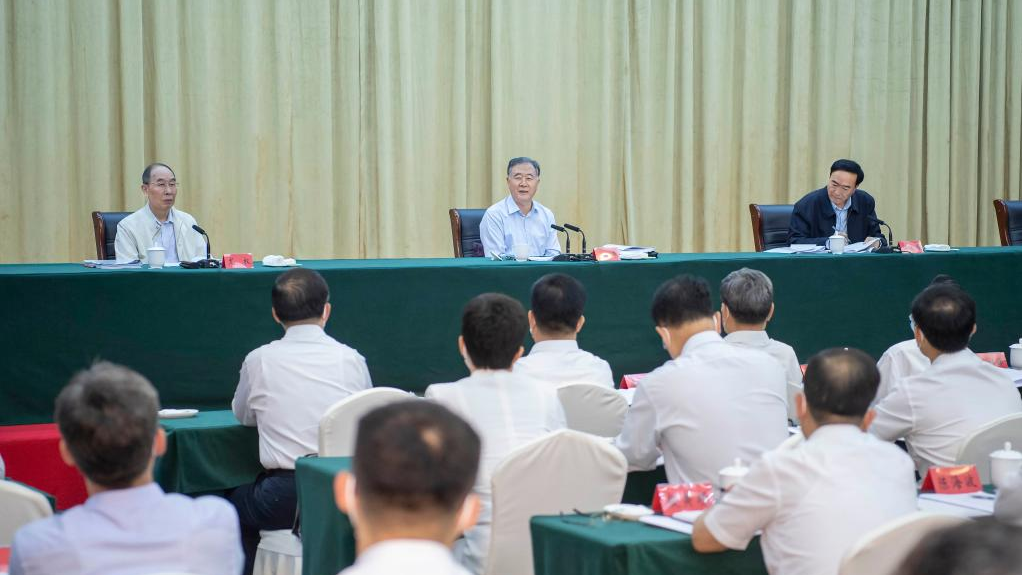 Wang Yang, a senior Party official, reiterated comprehensive, targeted and long-term support to Xinjiang through "pairing assistance" programs at a meeting from Monday to Wednesday.

Efforts will be made to address deeply rooted problems that affect the region's long-term governance and streamline pairing assistance programs, said Wang, a member of the Standing Committee of the Political Bureau of the Communist Party of China (CPC) Central Committee, at the eighth national meeting on pairing-assistance to Xinjiang held in Aksu of Xinjiang Uygur Autonomous Region.

China has been implementing the "pairing assistance" programs in Xinjiang since 1997, channeling financial, technical and human resource support in various fields to Xinjiang from other regions of the country.

The pairing assistance programs have contributed to poverty alleviation and improvement of people's livelihood in Xinjiang and promoted ethnic solidarity, showcasing political advantages of the CPC's leadership and institutional strength of socialism with Chinese characteristics, Wang said.

Funds and assistance programs will focus on improvement of people's livelihood and go to the primary level and regions which need them the most, he said.

Wang urged other regions in the country to send competent officials and professionals to Xinjiang and carefully carry out industrial cooperation in the 14th Five-Year Plan period (2021-2025).

Efforts should be made to promote cultural exchanges between different ethnic groups in Xinjiang and other regions of the country, he said.

He also called on people from different ethnic groups in Xinjiang and those from other regions to engage in interactions and exchanges at various levels, in various forms and aspects.

Representatives of 19 provinces and municipalities involved in the pairing assistance to Xinjiang, together with those from local and central authorities, attended the meeting.