Sunday marks China's seventh national memorial day for more than 300,000 victims of the Nanjing Massacre, which took place as the invading Japanese troops captured the city of Nanjing 83 years ago. 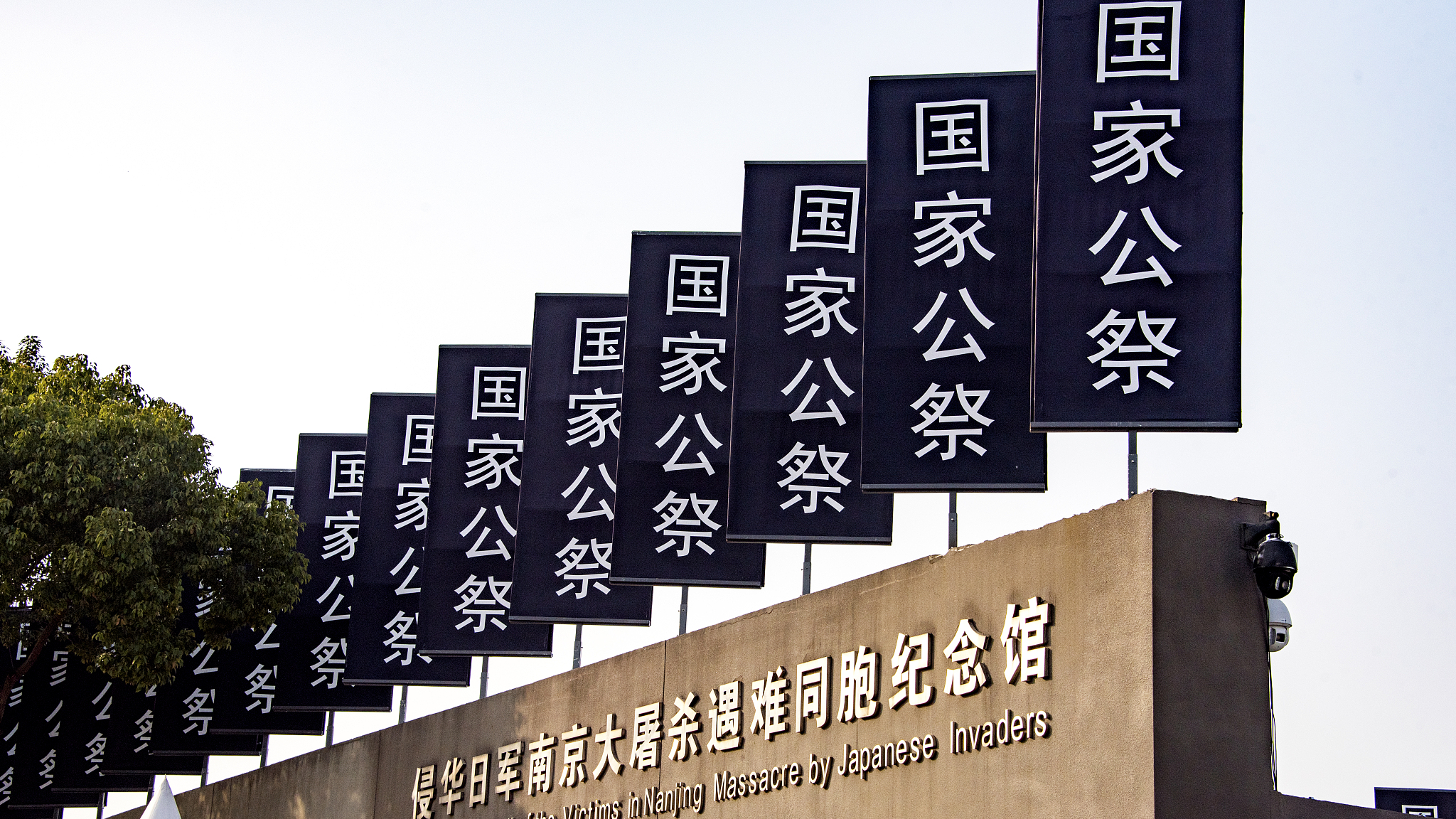 A commemorative ceremony is being held at a memorial hall in Nanjing, east China's Jiangsu Province.

China's national flag flew at half-mast to mourn the Nanjing Massacre victims as sirens blared in the city. On the streets, drivers parked their cars and honked while the pedestrians stood still. A one-minute silence was observed.

Chen Xi, a member of the Political Bureau of the Communist Party of China (CPC) Central Committee and head of the Organization Department of the CPC Central Committee, delivered a speech at the ceremony.

In his speech, Chen regarded Nanjing Massacre as a painful memory that should not be forgotten or tampered.

Noting the massacre as one of the most barbaric episodes of World War II, Chen said the victory in the Chinese People's War of Resistance Against Japanese Aggression is the victory of justice and peace.

The victory belongs to all the Chinese people, said Chen, urging the younger generation to remember history, take inspiration from it and strive forward on the path of peace and development.

Chen also thanked many international friends for sheltering and helping the Chinese during the massacre. Hailing the lasting friendships, he said the friendly relations have been carried on till today.