CHINA China holds to tariff demand amid US threats

China holds to tariff demand amid US threats 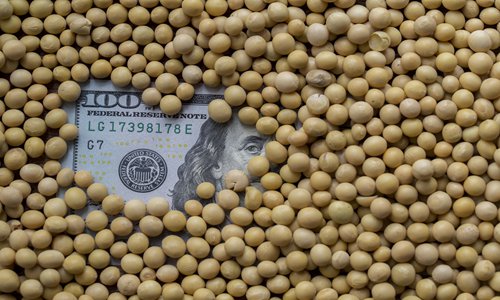 The trade war triggered by US tariffs has invited retaliatory levies by China. Soybean is a commodity China imports in large quantities from the US.  (Photo: VCG)

The trade war triggered by US tariffs has invited retaliatory levies by China. Soybean is a commodity China imports in large quantities from the US. Photo: VCG

Chinese government on Thursday made it clear that it would not back down on core demands for a phase one trade agreement with the US, as they reiterated that rolling back tariffs is a must and a trade deal needs to be mutually acceptable, despite erratic statements from US officials.

Market sentiment for the highly anticipated phase one deal has been somewhat dented by recent incoherent messages out of Washington, but Chinese experts close to the trade talks said that the US may be testing the waters and both sides remain on track for reaching an agreement.

Asked about China's stance on tariffs and US President Donald Trump's suggestion that he would prefer to sign a deal after the US elections in 2020, Gao Feng, a spokesperson for the Chinese Ministry of Commerce

(MOFCOM), reiterated at a press briefing on Thursday that China looks to roll back tariffs. Gao said that talks are continuing.

"China believes that if the two sides were to reach a phase one deal, tariffs should be lowered accordingly," Gao said, though he struck a slightly different tone from his previous call for "simultaneously and proportionally" removing tariffs.

Gao added that officials have maintained close contact but he had no additional information to reveal.

The US has sent contradictory signals in recent days about the phase one trade deal, suggesting at times that a deal is very close and threatening at other occasions to hike tariffs in lieu of a deal. On Tuesday, Trump suggested that "it's better to wait until after" the US elections in 2020 for reaching the deal.

"That may be Trump testing the waters domestically, as he weighs whether or not to sign a phase one deal," Gao Lingyun, an expert at the Chinese Academy of Social Sciences in Beijing, told the Global Times on Thursday. "Trump has stopped saying that after he saw the US stock market plunged."

Trump's comments also met with stern pushback from Chinese officials. On Wednesday, Hua Chunying, a spokesperson for the Chinese Foreign Ministry, took aim at the erratic statements from US officials and said that China has set no deadline for reaching or not reaching a deal, and it will take countermeasures if forced.

"If we face the pressures of unilateralism, protectionism and trade bullying, we have no choice but to take resolute and decisive measures to defend our legitimate rights and interests," Hua told a press briefing.

However, despite the verbal sparring, a phase one deal remains on track as negotiators have "basically" completed negotiations, including the removal of some tariffs, said Gao Lingyun, who is close to the trade talks.

But some in the US who do not want to see a deal are "acting out" with the so-called human rights bills on Hong Kong and Xinjiang and suggestions to kick Chinese telecom company Huawei out of the US dollar system, he said. "We have reached a very delicate moment," he said.

The US moves on Hong Kong and Xinjiang have drawn furious responses from officials in Beijing, who called them "blatant interference" in China's internal affairs and have taken or vowed to take countermeasures

Asked about the impact of the Hong Kong and Xinjiang bills on the trade talks, Hua, the Foreign Ministry spokesperson, said that "there is no way this won't affect bilateral relations and cooperation in important areas."