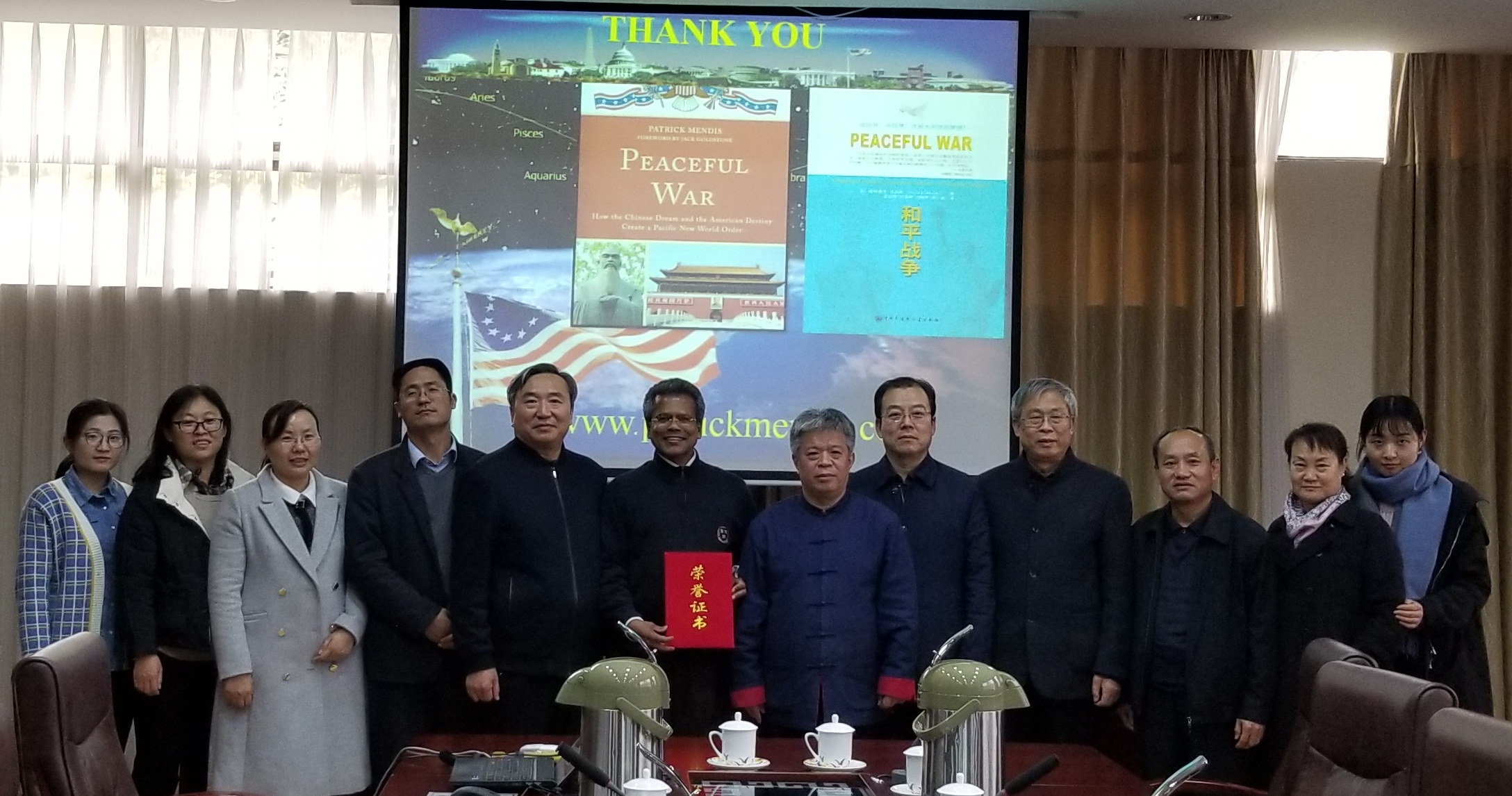 A visiting research fellow of the Confucius Institute in Qufu for almost five years, Professor Mendis has been closely involved in promoting Chinese culture and Confucian values in addition to promoting better understanding between China and the United States.

A former Rajawali senior fellow of the Harvard Kennedy School's Ash Center for Democratic Governance, and a research associate of the Fairbank Center for Chinese Studies at Harvard University, he currently serves as an American commissioner to the Paris-based UNESCO.

Yang described the main guest as "a friend of China" committed to "promoting and disseminating China's excellent traditional culture, especially Confucianism in the world."

Prior to receiving the certificate of honor, the Yenching Academy professor made a penetrating presentation entitled "Confucius in America: Inspiring the Founding Generation." He then conducted in-depth discussions with the invited scholars on the influence of Confucian thoughts in the founding of the United States and the underlying cultural comparisons between China and America.

With numerous examples, he highlighted that Confucianism had an enduring impact on the thoughts of the "Founding Fathers" of the United States, especially Benjamin Franklin, Thomas Paine, and Charles Thomson. Even George Washington and Thomas Jefferson benefited from China trade and Confucian culture, he said.

Confucian philosophy was widely respected in the United States and played an important role in world peace and development, Professor Mendis emphasized. He also pointed out the commonalities in the "square" and "circle" city planning of Beijing and Washington, D.C., which he argued derives from the legend of Fuxi and Nuwa. In this Chinese origin story, the two cultural heroes hold a compass and a square to demonstrate the connection between heaven and earth. Similar to the mythology of Fuxi and Nuwa, many American Christians believe that the origin of humanity can be traced back to the original couple of Adam and Eve, as described in the Christian Bible. Both of these Chinese and American origin myths share striking similarities and cast similar ideas about the beginning of human civilization.

As the two great countries with cultural consensus, China and the United States can achieve win-win cooperation through effective communication and dialogue by jointly promoting world harmony and building a community of shared future for mankind, he concluded.

Presenting the award, President Yang expressed China's appreciation and respect for the contributions made by Professor Mendis in promoting Confucianism and better understanding between China and the United States.