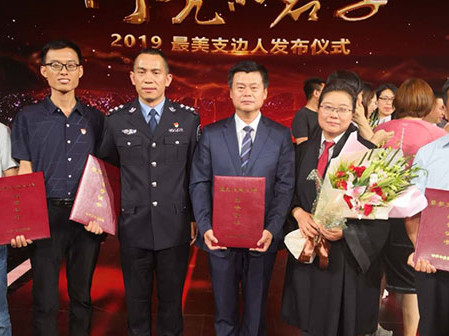 BEIJING, July 22 (Xinhua) -- A total of 20 individuals and a volunteer teaching team were honored Monday by Chinese authorities as the "most beautiful people of 2019" for promoting the public wellbeing in remote border regions.

Among them are party officials who have made significant achievements in boosting reform and development, police officers dedicated to public security and justice, as well as teachers and medical personnel practicing virtues and high moral standards, according to a notice by the Publicity Department of the Central Committee of the Communist Party of China.

They were given certificates of honor at a ceremony.