BEIJING, June 23 (Xinhua) -- The All-China Women's Federation has honored a female village official in south China's Guangxi Zhuang Autonomous Region who died in a flash flood at the age of 30. 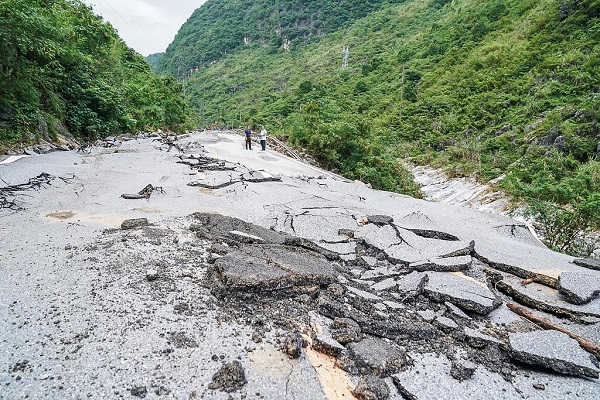 The photo shows the road where Huang Wenxiu and other people were swept away on the day of the incident. (Photo: VCG)

Huang Wenxiu, who worked as the Party chief of Baini Village in the city of Baise, was returning to the village from her home when she was hit by the rain-triggered flash flood on June 17.

She was granted the title of "Role Model for March 8th Red Banner Holder," a national honor granted to those who are regarded as role models for all Chinese women to follow, according to a statement by the All-China Women's Federation.

Huang had dedicated herself to the fight against poverty in Baini Village, the statement said, adding that she was a role model for women in the new era to firmly keep the mission of serving the people in mind.

The federation called on Chinese women to learn from Huang and to make contributions to the country with their wisdom and talents.