China honors 'most beautiful veterans' of 2019 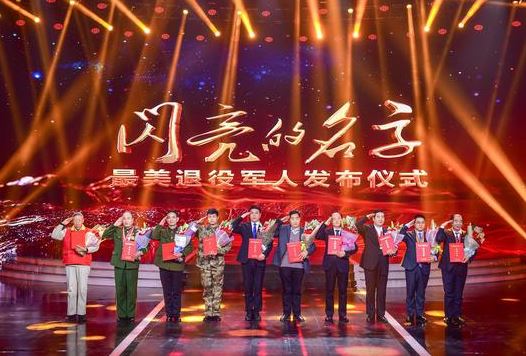 BEIJING, Dec. 24 (Xinhua) -- Chinese authorities on Tuesday honored 19 individuals and a veteran volunteer group as the country's "most beautiful veterans" of 2019.

The veterans were honored for their roles in leading scientific research, lifting villagers out of poverty and serving public welfare undertakings, according to the Publicity Department of the Communist Party of China Central Committee, the Ministry of Veterans Affairs and the Political Work Department of the Central Military Commission.

Initiated in 2001 by four veterans, a volunteer group in east China's Jiangsu Province has offered financial aid to more than 100 elderly, disabled military personnel and members of the Red Army. The volunteer group currently has 52 veteran members.

Shi Guangzhu, who was honored as a "combat hero" after joining the People's Liberation Army in 1981, has continued to help people with disabilities and families of martyrs since his retirement from the armed forces in 2005.

Li Jianchuan, born in 1966, has broken through several technical difficulties in unmanned aerial vehicles since he left the armed forces. His inventions have been put into use in fire fighting, water rescue and counterterrorism operations.

The veterans received certificates and videos of their meritorious deeds were displayed at the ceremony.