China honors school principal for dedication to education for girls 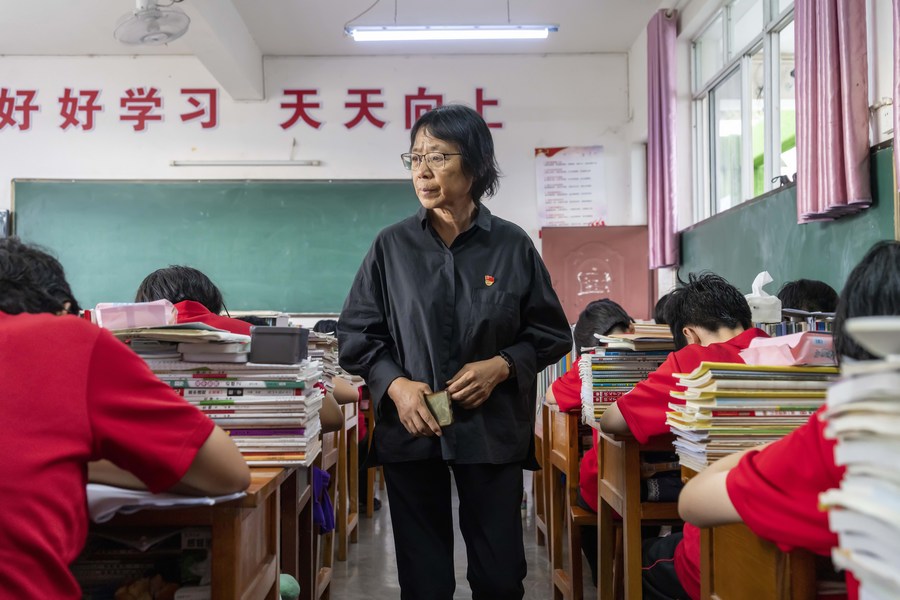 Zhang Guimei checks her students studying in the evening on July 4, 2020, in Huaping County in the city of Lijiang, southwest China's Yunnan Province. (Photo: Chen Xinbo/Xinhua)

BEIJING, Dec. 11 (Xinhua) -- Chinese high school principal Zhang Guimei has been honored with the title "Role Model of the Times" in recognition of her dedication to education for girls.

The title was conferred by the Publicity Department of the Communist Party of China Central Committee.

Zhang is the principal of the Huaping Senior High School for Girls and the president of a home for children in need in Huaping County in the city of Lijiang, southwest China's Yunnan Province.

Born in northeast China's Heilongjiang Province in 1957, Zhang traveled to Yunnan at the age of 17 and has been helping girls from impoverished areas pursue education for over 40 years.

Under the auspices of the Party and the government, she helped establish the country's first senior high school to offer free education for girls from poor families. Since it opened in 2008, it has seen more than 1,800 students progress to universities and colleges.

Zhang has changed the fates of these girls by enabling them to pursue education and preventing poverty from being passed on to the next generation, according to a statement issued by the department.