China hopes the Afghan Taliban will fulfill its promises, break off from terrorist organizations, including the East Turkistan Islamic Movement (ETIM) and take effective actions to firmly crack down on it, Chinese Foreign Ministry spokesperson Zhao Lijian said at a press conference on Friday in response to the Taliban spokesperson's comments that ETIM has no place in Afghanistan in an exclusive interview with the Global Times. 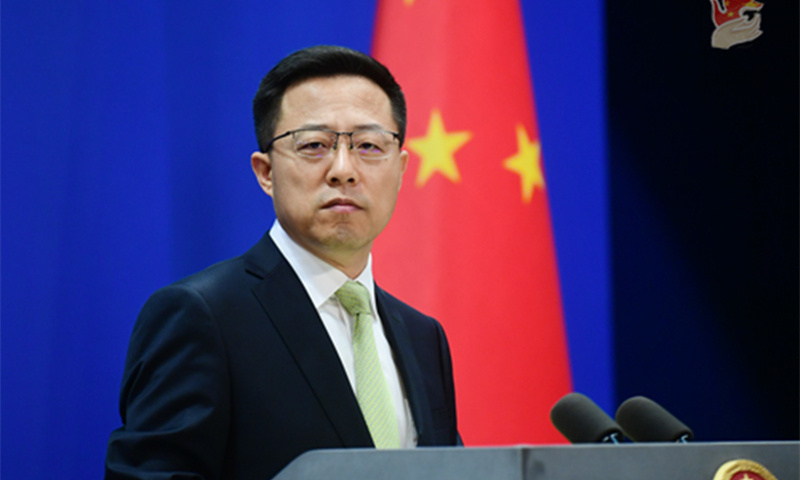 "We have noticed the exclusive interview of the Global Times and the Afghan Taliban's further commitment on topics of the ETIM," Zhao said, noting that the ETIM has been listed by the UN Security Council as an international terrorist organization and poses direct threats to China's national security and territory integrity. It is one of the scourges that harm regional stability and a malignant tumor that is parasitic to Afghanistan.

Taliban spokesperson Suhail Shaheen told the Global Times in an exclusive interview on Thursday that after the Doha agreement, many ETIM members left Afghanistan because they were told no one can use Afghanistan to damage other countries.

Zhao said at the Friday conference that it is the Afghanistan and the international community's shared responsibility to firmly oppose, curb, crack down and eradicate the ETIM. China reiterated its concerns to the Afghan Taliban, which it paid attention to and made promises related to it.

"We hope that the Afghan Taliban can fulfill its promises, break off with the ETIM and other terrorist organizations, and take effective actions to firmly crack down on them," Zhao said.

We also hope the Afghan Taliban can strengthen coordination and cooperation with neighboring countries to avoid the spillover of terrorism and make it no longer the place where terrorism grows, shelters or spreads, Zhao said.