A Chinese foreign ministry spokesperson Friday said it is hoped that the Canadian government will adopt policies to earnestly protect the rights of the country's indigenous peoples rather than just offering oral apologies. 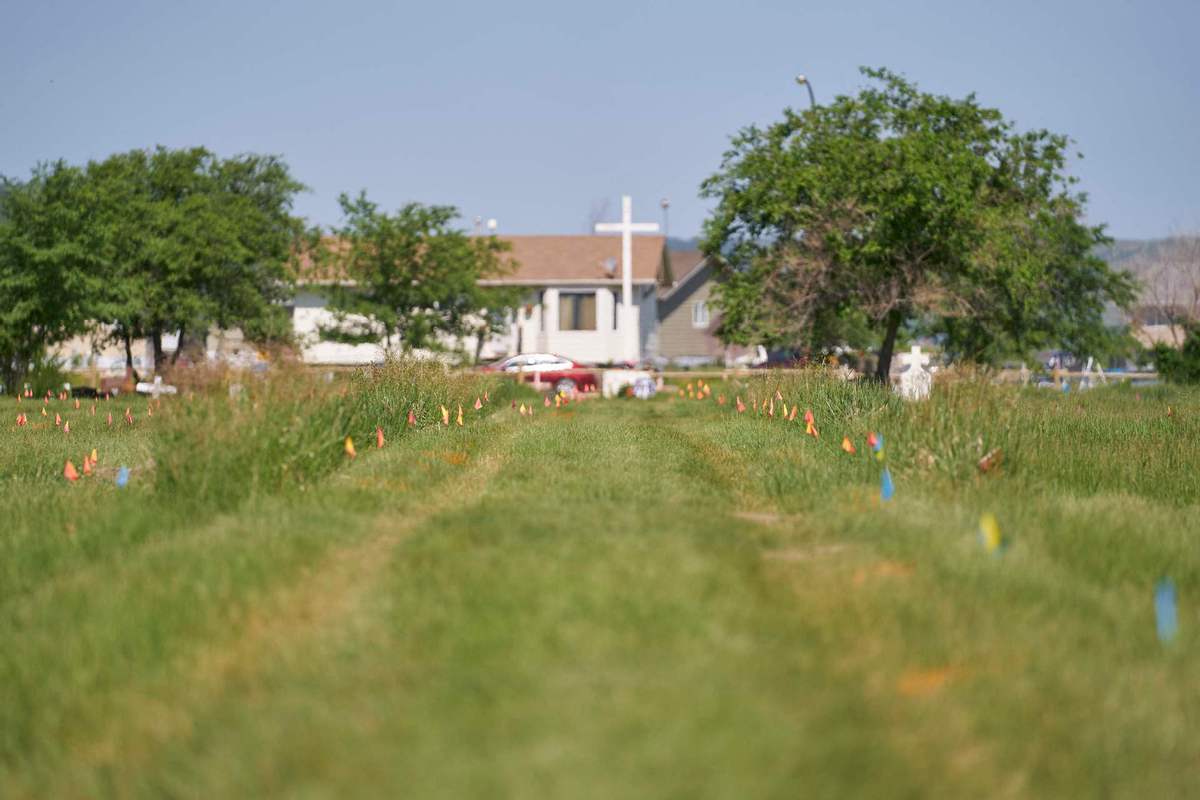 Flags mark the spot where the remains of over 750 children were buried on the site of the former Marieval Indian Residential School in Cowessess first Nation, Saskatchewan, June 25, 2021. [Photo/Agencies]

Spokesperson Zhao Lijian made the remarks at a press briefing when responding to a question on reports that 751 unmarked graves were discovered on the grounds of a former residential school for indigenous children in Saskatchewan, Canada on June 24. Canadian Prime Minister Justin Trudeau called it "a shameful reminder of the systemic racism, discrimination, and injustice that indigenous peoples have faced - and continue to face - in this country".

Zhao said the reports on this came after a similar story on indigenous children. "With these discoveries, the dark chapter in Canada's human rights history has been revealed more and more in front of the whole world."

Calling it "a crime against humanity", Federation of Sovereign Indigenous Nations (FSIN) Chief said, "The only crime we ever committed as children was being born indigenous". "This is an indictment of the Canadian government's historical debt to the indigenous people. It also reflects the indigenous community's helplessness in front of their present bleak conditions," according to Zhao.

According to reports, over 150,000 indigenous children in Canada were forced to leave their families to attend the so-called residential schools, where discipline was harsh and conditions worse. The traces of indigenous language and culture were strictly removed. Their daily curriculum is not about learning but heavy chores. The students were physically and sexually abused and malnourished. More than 4,000 eventually died at such schools. But these schools operated for over 100 years in Canada, a country that always boasts about its democracy and civilization.

The Marieval Indian Residential School, where the unmarked graves were found, wasn't closed until 1997. In 2015, after conducting six years of research, the Truth and Reconciliation Commission of Canada released an authoritative report, concluding that the residential schools set up and operated by the Canadian government amounted to "cultural genocide" of aboriginal people.

Although the residential schools have been closed, the racial discrimination targeting indigenous peoples in Canada hasn't stopped, Zhao said.

Zhao said, "In the face of all these historical crimes, the Canadian government has been vowing to take steps to seek the truth, but without much action. With regard to the remains of 215 children we mentioned earlier, what we have seen is the Canadian government trying to shift the blame to the Catholic church. The remains were only discovered with ground-penetrating radar used in archeology by people hired by a social organization."

Zhao said that people had always suspected that there might be bodies buried on the grounds of the former residential school, but the Canadian government never took any action. With altogether 139 such schools for indigenous children in Canada's vast territory, how many more crimes remain hidden underground?

"We hope the Canadian government, instead of going in circles with oral apologies and superficial justice, will take stronger measures to find out the truth, ensure accountability and compensation, and adopt policies to earnestly protect the rights of indigenous peoples," Zhao said.