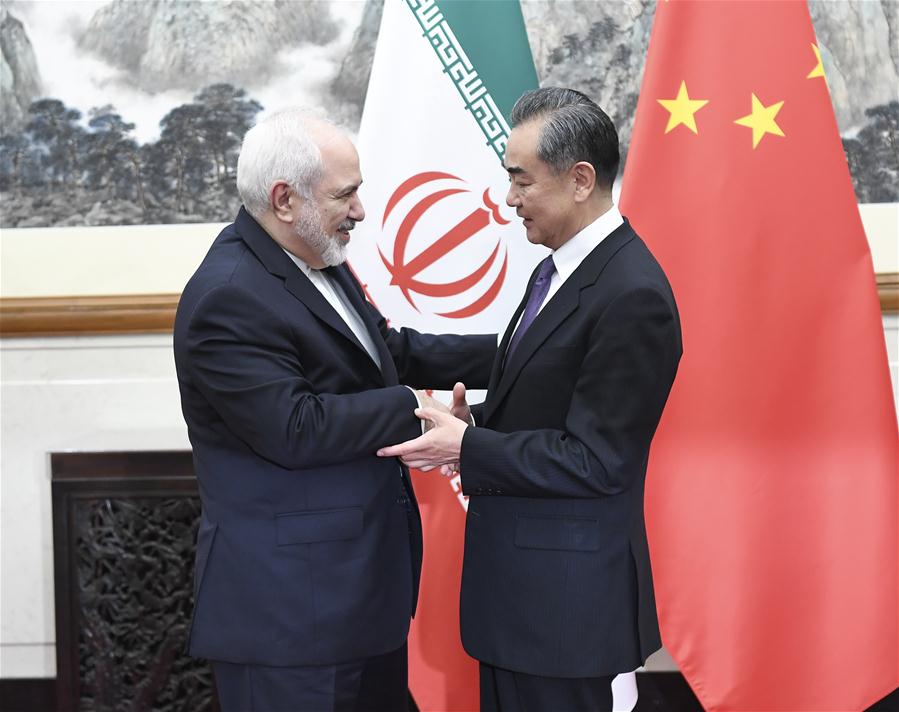 BEIJING, May 17 (Xinhua) -- China hopes to work with the Iranian side to eliminate complicated disturbing factors and make efforts for the full implementation of the Iran nuclear deal, Chinese State Councilor and Foreign Minister Wang Yi said on Friday.

"China firmly opposes unilateral sanctions and the so-called 'long-arm jurisdiction' imposed by the United States on Iran," Wang said, pledging to maintain the Joint Comprehensive Plan of Action, also known as the Iran nuclear deal, and safeguard the authority of the United Nations and basic norms governing international relations.

China welcomes Iran to actively take part in the joint building of the Belt and Road and hopes to strengthen mutually beneficial cooperation, Wang said.

Zarif praised China for its important role in defending the Iran nuclear deal and vowed to strengthen bilateral and multilateral coordination so as to safeguard multilateralism and common interests of the two countries.