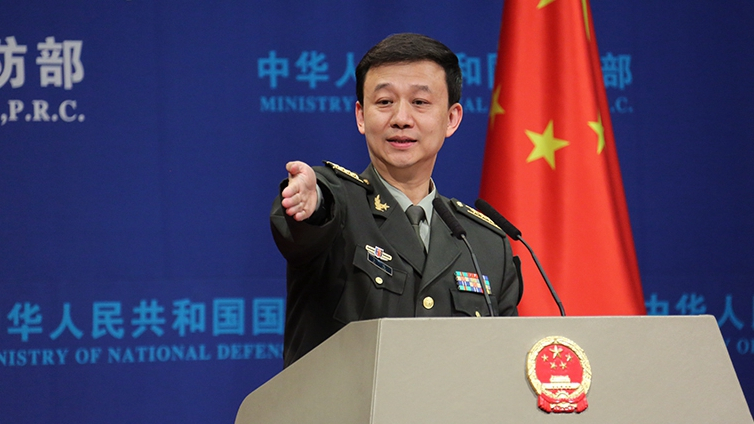 China on Thursday reiterated its commitment to "peace and stability in the outer space" while hoping that all countries will take "real actions" towards that goal, a day after India successfully carried out an anti-satellite (ASAT) missile test.

"We have noticed related reports. We hope all countries can take real actions to protect lasting peace and stability in the outer space," Senior Colonel Wu Qian, director general of the Information Office of China's Ministry of National Defense (MND) and Spokesperson for the MND, told reporters.

India destroyed a low-orbiting satellite in a missile test on Wednesday becoming the fourth country after the United States, Russia and China to have the ASAT capability. Prime Minister Narendra Modi, in a rare televised address, claimed the feat made India a "space superpower."

The test was officially designated as "Mission Shakti," derived from the Hindi word for "power" or "force." 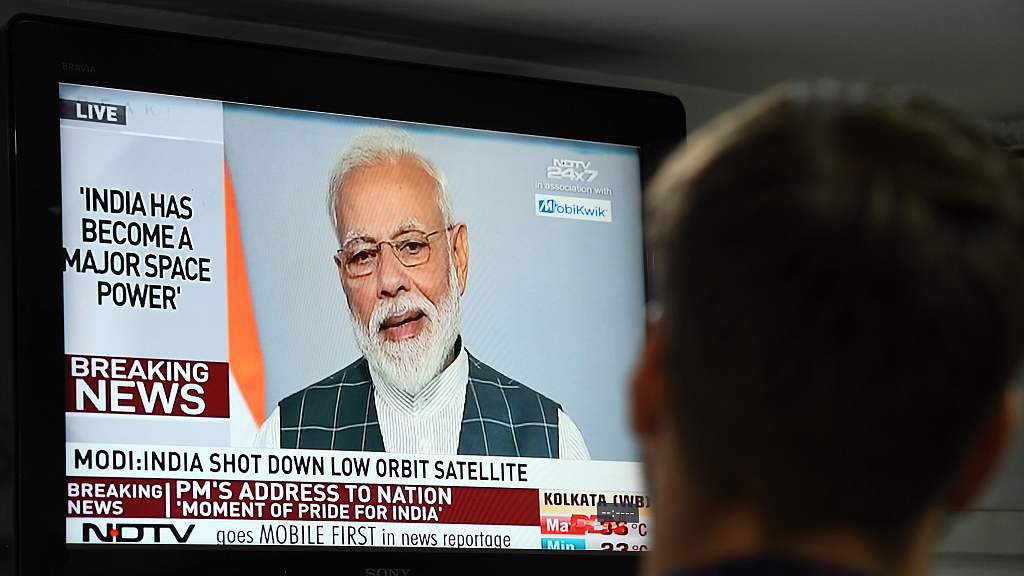 "This is a proud moment for India," Modi said, adding: "India has registered its name in the list of space superpowers. Until now, only three countries had achieved this feat."

The Indian Ministry of External Affairs later stated that the ASAT test, conducted from an island off India's east coast, was aimed at protecting the country's assets in space against foreign attacks.

India's test came at a time when experts from 25 nations are negotiating a legally-binding international treaty, jointly drafted by China and Russia, on prevention of arms race in space at a UN-sponsored conference in Geneva which is expected to conclude today.

The Chinese Foreign Ministry last week reiterated its commitment to peaceful use of outer space after U.S. Assistant Secretary of State for Arms Control, Verification and Compliance Yleem Poblete accused Beijing and Moscow of raising the risk of conflict in space. ‍Asserting that the "outer space belongs to all mankind," Geng underscored that it is the shared responsibility of the international community to uphold outer space security.

"China has remained committed to the peaceful use of outer space and advocated the prevention of placement of weapons and an arms race in outer space. We have been promoting the draft treaty on the Prevention of the Placement of Weapons in Outer Space, the Threat or Use of Force against Outer Space Objects (PPWT) along with Russia at the Conference on Disarmament in Geneva over the years," he added.

China has long maintained its position of preventing the weaponization of outer space. It has constantly felt that the current Outer Space Treaty, signed by the U.S. and the Soviet Union at the height of Cold War in 1967, is inadequate and together with Russia has made several attempts at the United Nations to push for a new treaty to ban deployment of weapons in outer space. 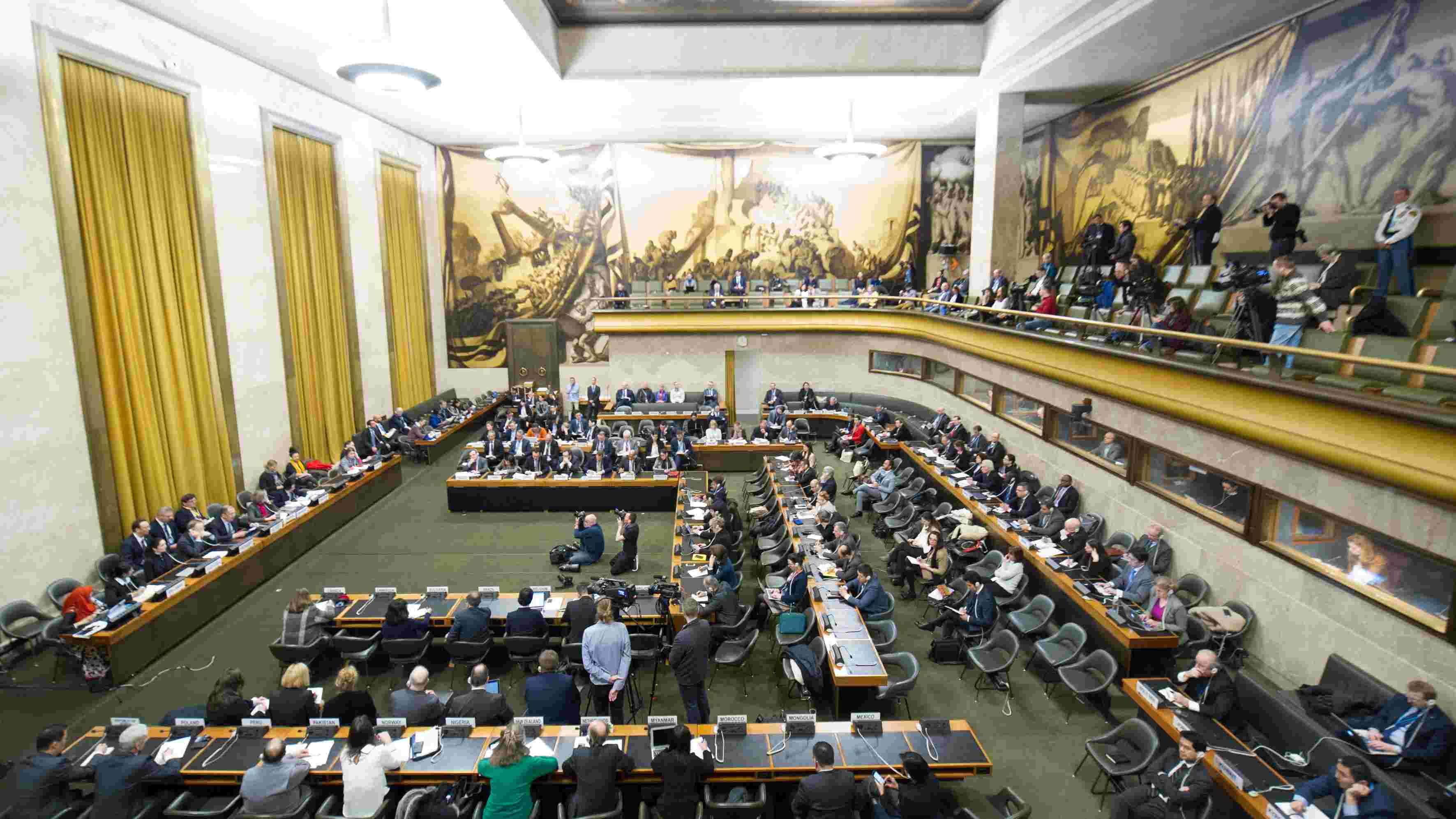 A general view of the session of Conference on Disarmament at the United Nations, in Geneva, Switzerland, February 27, 2018. (Photo: UN)

In 2008, China and Russia introduced a draft treaty on the Prevention of the Placement of Weapons in Outer Space, the Threat or Use of Force against Outer Space Objects to the UN Conference on Disarmament. The US dismissed the proposal as “a diplomatic ploy by the two nations to gain a military advantage.”

In December 2014, an updated version of the Chinese-Russian draft resolution on banning arms race in outer space was adopted by the UN general assembly. The US, Israel, Georgia and Ukraine were the countries that opposed the draft resolution.

This eventually led to the current round of negotiations in Geneva that will only produce a report if all nations reach a consensus on its contents.

The 58th session of the UN Committee on the Peaceful Uses of Outer Space will be held in Vienna, Austria from April 1-12.