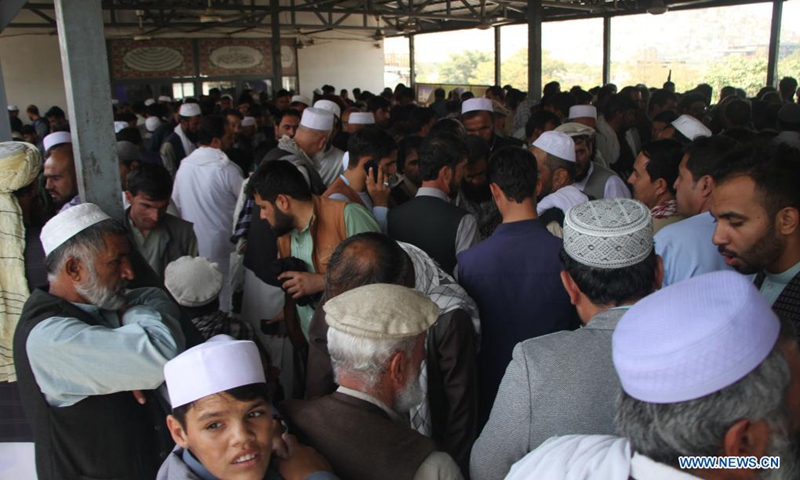 China's Ambassador to Afghanistan met with the acting foreign minister of the interim Afghan government and the high commissioner of United Nations High Commission for Refugees (UNHCR) on Tuesday, reiterating China's support for the reconstruction of Afghanistan.

He reaffirmed China's respect for the sovereign independence and territorial integrity of Afghanistan, and its adherence to non-interference in the internal affairs of Afghanistan.

He reiterated that China supports Afghan people to choose the development path that suits their own national conditions and hopes Afghanistan to establish a broad and inclusive political structure.

China will provide vaccines and humanitarian supplies and help Afghanistan combat terrorism together with the international community so that Afghanistan could realize national stability and economic development, Wang added.

Muttaqi appreciated China's support and assistance as a friendly neighbour holding consistent justice and objectivity toward Afghanistan. He said Afghanistan hopes to improve its capacity in governance and fighting terrorism with the help of China and the international community.

Afghanistan won't allow any forces to use its territory to damage the interests of China and other countries, Muttaqi emphasized.

On the same day, Ambassador Wang met with Filippo Grandi, the 11th high commissioner of UNHCR, pledging to pay close attention to the Afghanistan's situation and the needs of Afghans.

Grandi said the new measures China has recently taken in humanitarian aid in Afghanistan will help resolve the crisis faced by Afghans. UNHCR hopes to strengthen cooperation with China to help Afghans in need and stabilize the country's situation.