The US is expected to face the technological development and progress of other countries with an inclusive attitude, an official said at a routine press conference on Thursday. 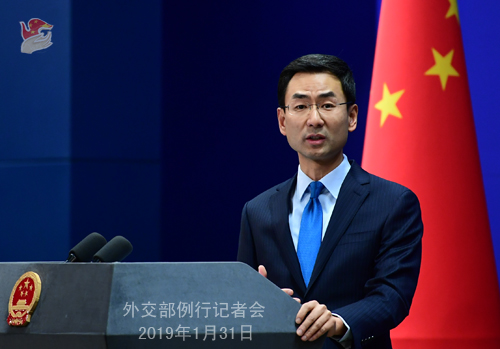 “The United States is the world's number one technology powerhouse, and we acknowledge this. But we also hope that the US will treat the technological development and progress of other countries with an open and inclusive attitude. As a country, one can't just allow its own development while curbing others’ progress. It is totally unreasonable to smear, blame and suppress the development and progress of science and technology in other countries,” Geng Shuang, Chinese Foreign Ministry spokesperson said in Beijing.

“I would like to stress that China's scientific and technological achievements were made through our people’s wisdom and hard work, not by stealing or robbing,” he added.

Competition is not only one of the basic characteristics of the market economy, but also the meaning of it.

The US talks about the market economy all the time and asks other countries to act in accordance with the rules of the market economy. Then the US [government] should deal with competition objectively and correctly, he noted.

"China's pursuit of intellectual property, sensitive research and development plans, and US personal data remains a significant threat to the United States government and the private sector," Director of National Intelligence Dan Coats told lawmakers at a Senate Select Committee on Intelligence hearing on the same day, Voice of America reported.