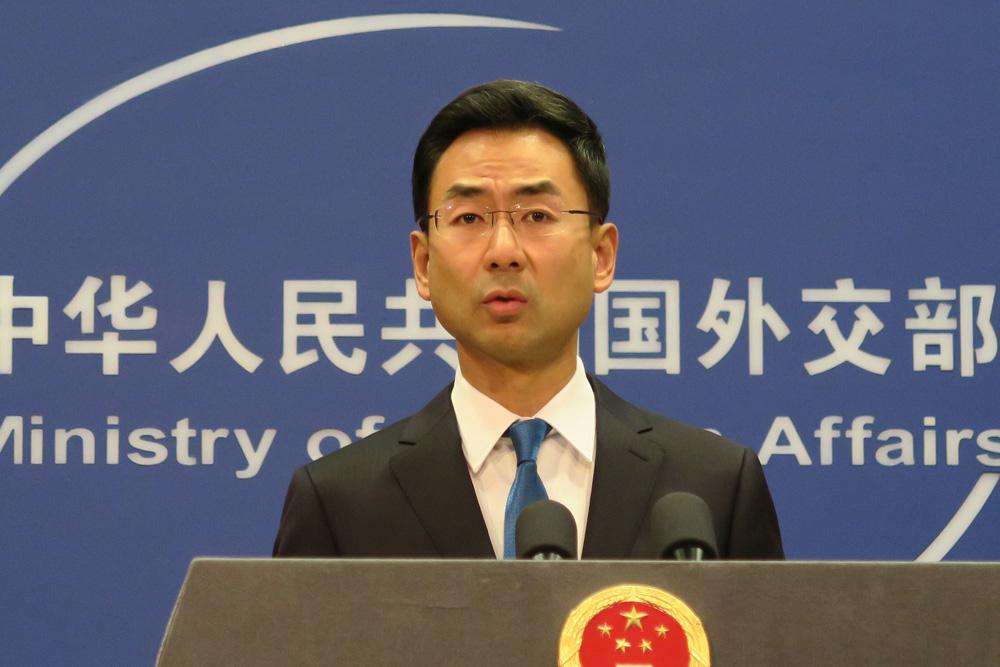 BEIJING, March 24 (Xinhua) -- China hopes some individuals in the United States can listen to the rational voices of the world and at home and stop making wrong remarks that stigmatize China, Foreign Ministry Spokesperson Geng Shuang said Tuesday.

Geng made the remarks at a press briefing in response to a question regarding U.S. Secretary of State Mike Pompeo using the term "Wuhan virus" again in his tweet on March 23, despite China's strong oppositions against linking the virus with China or a specific Chinese city.

"China has reiterated many times that some U.S. individuals have deliberately linked novel coronavirus with China and constantly stigmatized China. Chinese people are strongly indignant and firmly oppose this," Geng said, adding that both the World Health Organization and the international community are clearly opposed to linking viruses to specific countries and regions and to stigmatization.

Noting that UN Secretary-General Antonio Guterres has opposed racial discrimination and prejudice and EU High Representative for Foreign Affairs and Security Policy Josep Borrell has called for cooperation and multilateralism in the fight against the COVID-19 pandemic, Geng said many people with conscience and insight in the United States have also publicly voiced their opposition to the use of "Chinese virus" by some individuals, believing that this is a blatant promotion of racism and xenophobia and will incur violence among the public.

Many mainstream media outlets and think tanks in the United States have also strongly criticized such absurd remarks by some U.S. individuals, Geng added.

Noting there has been some debate between China and the United States over the origin of the virus recently, Geng said it was the U.S. side that provoked this debate by first claiming that the virus originated in China and first using the terms "Chinese virus" and "Wuhan virus."

The repeated and continuous use of such terms by Pompeo and other U.S. politicians and senior officials to stigmatize China has aroused great indignation and strong opposition from the Chinese people, Geng said.

"The words were put in record and are still in our ears, and the U.S. side cannot deny them."

China hopes that some U.S. individuals can understand that using such terms to confuse public opinion and shift blame to others will not help the United States overcome the challenge of the pandemic, nor will it help international cooperation in fighting the pandemic, said the spokesperson.

"The top priority for the United States is to concentrate on its own affairs and make useful contributions to international cooperation in combating the pandemic together with China and the international community," Geng added.