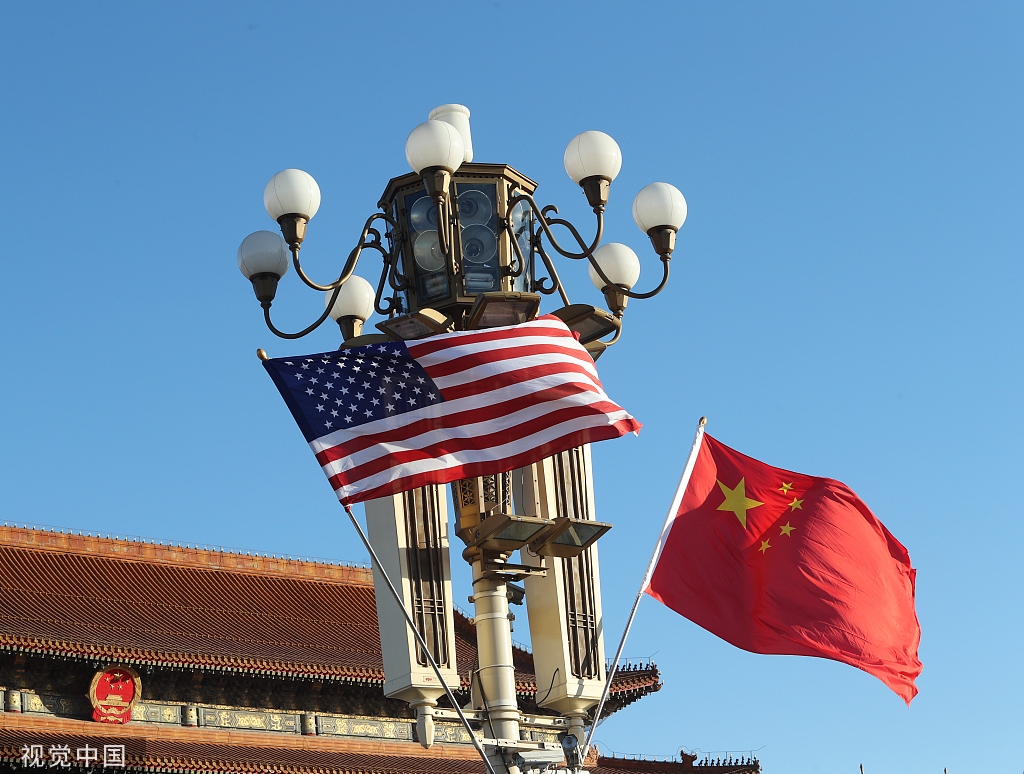 BEIJING, March 4 (Xinhua) -- China hopes that the United States will view China and China-U.S. relations in an objective and rational manner, adopt a pragmatic policy toward China, and make efforts to bring bilateral ties back on the right track, a foreign ministry spokesperson said Thursday.

Spokesperson Wang Wenbin made the remarks at a press briefing in response to a question on U.S. Secretary of State Antony Blinken's recent comments on China-U.S. relations.

China has always been an architect of world peace, a contributor to global development and a defender of the international order, Wang said, adding that China's development is a growing force for world peace and an opportunity rather than a challenge to the world.

"In the era of globalization, forming cliques against specific countries based on ideology is unpopular and has no way out," the spokesperson said.

"As China and the United States have different histories, cultures and systems, it is inevitable that the two countries will have differences on certain issues. But, the key to solving problems is mutual respect, fair treatment, and handling differences in a constructive manner," Wang added.

Dialogue is always better than friction, and cooperation is better than confrontation, Wang said, adding that history and reality show that as long as China and the United States respect each other and treat each other as equals, the two sides can always find ways to resolve and manage differences and achieve win-win results.

Wang reiterated that China is committed to developing bilateral relations with the United States featuring non-conflict, non-confrontation, mutual respect and win-win cooperation, and at the same time China will continue to resolutely safeguard its national sovereignty, security and development interests.

It is hoped that the United States will view China and China-U.S. relations in an objective and rational manner, go with the trend of the times, abandon outdated zero-sum thinking, and adopt a rational and pragmatic policy toward China, Wang said.

The spokesperson also expressed hope that the U.S. side will meet China halfway, focus on cooperation and manage differences, so as to bring China-U.S. relations back on the right track and better benefit the people of the two countries and the world at large. Enditem