BEIJING, Nov. 19 (ChinaMil) -- The United Nations Senior National Planners Course on Peacekeeping concluded at the training base of the Peacekeeping Affairs Center of China’s Ministry of National Defense (MND) in Beijing on November 16 2018. 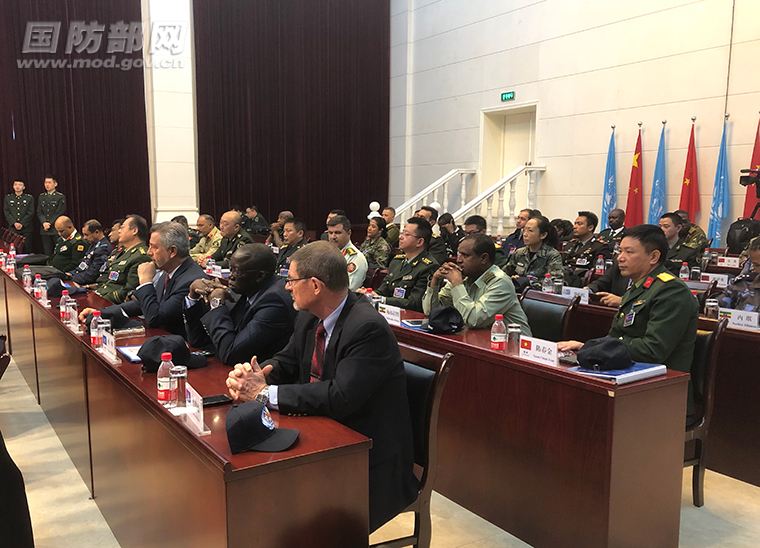 A total of 43 trainers and trainees from 26 countries and international organizations, including China, Brazil, France, Ghana, the United States, and the United Nations, took part in the training course.

Co-hosted by the UN Department of Peacekeeping Operations and the Peacekeeping Affairs Center of China’s MND for the first time, the two-week course, held in English, covered subjects including the selection, training, deployment, support, rotation, and withdrawal of peacekeeping personnel.

The aim of the course was to improve the management capabilities of peacekeeping missions in various countries and to train and reserve peacekeeping management talents for other countries. Five Chinese trainees took part in the training course.

According to officers from the Peacekeeping Affairs Center of China’s Ministry of National Defense, Chinese President Xi Jinping made solemn commitments while attending the UN Summit on Peacekeeping in September 2015 that China would join the new United Nations Stand-By Arrangement System (UNSAS), build a peacekeeping standby force of 8,000 personnel, and train 2,000 peacekeepers for other countries in the next five years. This opened a new chapter in the history of PLA’s involvement in UN peacekeeping operations.

At the same time, the PLA has actively sent outstanding instructors abroad to provide training and support to foreign militaries and has trained more than 1,400 peacekeeping reserve personnel for over 60 countries, demonstrating the firm determination of the Chinese military to fulfill its international obligations and assume the mission of safeguarding peace.