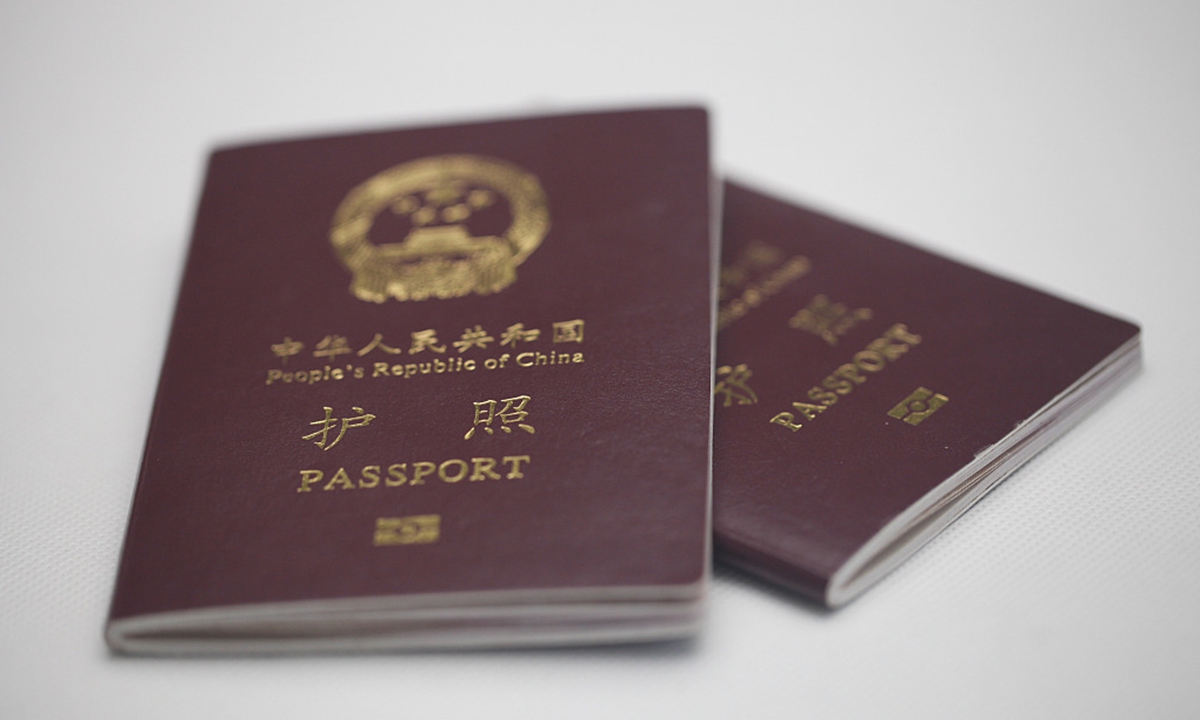 China's National Immigration Administration (NIA) and the General Station of Exit and Entry Frontier Inspections in Beijing, Shanghai and Guangzhou on Friday debunked rumors surrounding passenger passports or green cards being confiscated when entering or exiting the country. Authorities said that such disinformation aims to undermine China's COVID-19 prevention measures and regulations.

A spokesperson for the NIA said that since the outbreak of the COVID-19 epidemic, it has firmly implemented a strategy to prevent imported cases and domestic resurgences, and that immigration administrations across all levels across the country have worked to improve regulations for entry and exit.

Recently, some foreign media outlets have hyped disinformation suggesting China has stopped issuing passports to citizens, or cutting passengers' green cards to prevent them from leaving the country. Such disinformation undermines China's entry and exit regulations and seeks to disturb the current effective management over the country's borders, the spokesperson said, also reminding the public that the global pandemic is far from over with high risk of being infected still a reality, and that people within China are advised to not travel abroad unless necessary to do so.

On Friday, the General Station of Exit and Entry Frontier Inspection in Beijing also released a statement to debunk disinformation, saying that people who hold valid passport and abide by related rules can enter China after being checked by the inspection stations.

The statement also noted that the internet is not outside the bounds of law. People who invent or spread disinformation to disturb social order are violating the law and will be held accountable.

People who need enter or exit the country should not believe rumors, and can access information from the National Immigration Administration website or hotline, the statement read.

Aside from Beijing, on Friday, the inspection stations in Shanghai and Guangzhou also released statements to refute similar rumors. The Guangzhou station noted that the online rumors surrounding passengers' green cards being cut up had sparked concern and that disinformation had impacted the regular work of border control management. Those who spread disinformation may be subject to law enforcement action by border control authorities.