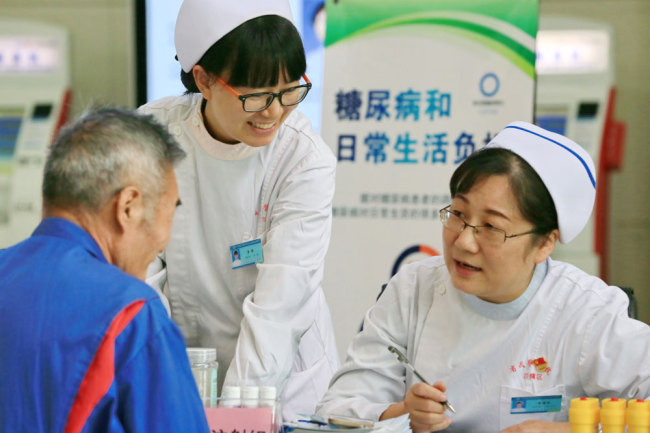 Per capita subsidies for the program were raised from 52.6 yuan (about 7.6 U.S. dollars) in 2017 to 57.6 yuan last year, read a statistical report on China's medical and healthcare sector issued by the NHC.

Raising people's health awareness and offering free contraceptives were newly included in the program, which now covers 14 types of services, the report noted.

Initiated in 2009, the program aims to provide free healthcare services for vulnerable groups, such as children, the pregnant and elderly people.

Services under the program include setting up health archives for citizens, health management for pregnant women and elderly people aged 65 and above.

During the two sessions in March, Premier Li Keqiang vowed to direct newly increased government subsidies for the program to villages and urban communities to benefit more primary-level groups.