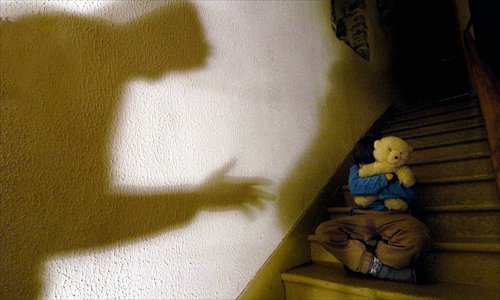 Latest data show that China has been increasing its efforts to address child sexual abuse in recent years, but still faces significant challenges.

A number of deputies to China's National People's Congress (NPC) and members of the Chinese People's Political Consultative Conference (CPPCC), along with representatives from child protection organizations and other government departments, gathered at a symposium organized by the non-governmental organization Girls Protection in Beijing on Tuesday.

They reviewed the data on the number of children who were sexually abused in China last year and discussed proposals for continued vigilance in this area, ahead of this year's Fourth Plenary Session of the 13th NPC and CPPCC, the most important annual political event in China - collectively known as the two sessions.

According to the 2020 Child Sexual Abuse Case Statistics and Child Sexual Abuse Prevention Education Survey Report, there were 845 victims with 332 cases of sexual abuse against children under 18 years old publicly reported in the media throughout the year. The youngest victim was reported to be only one year old. Of these cases, 74 percent were committed by acquaintances with a growing proportion of family members as perpetrators of these crimes. In terms of the victims, 90.61 percent were girls and 9.76 percent boys.

The total number of reported cases in 2020 is slightly higher than the previous two years, which also proves that society is becoming less tolerant to this type of cases and the country is gradually increasing its efforts to combat them. However, "the numbers are still worrying and there is a long way to go for children protection," Sun Xuemei, head of Girls Protection, pointed out.

According to the statistics released by Girls Protection, 66.40 percent of child sexual abuse cases occurred in cities, 30.36 percent in counties and 10.53 percent in rural areas.

According to China's latest criminal law amendment coming into effect on March 1, where persons who have special duties towards female minors who are between 14 and 16 years of age, such as for guardianship, adoption, care, education, or medical treatment have sexual relations with the female minor, they are to be sentenced to up to three years imprisonment; and where the circumstances are heinous they are to be sentenced to imprisonment of between three and 10 years.

However, even though the amendments to the law over the past year have had a significant effect in preventing sexual abuse of children in China, there could be resistance on its implementation.

To address the physical and psychological problems of children as consequence of sexual assault, NPC deputy Fang Yan suggested that a compensation for mental damage should be included in the scope of the amendment, and that "a minimum amount of compensation for mental damage be set, based on the facts of the crime, the results of the damage, the economic conditions of the perpetrator and the subsequent psychological rehabilitation costs of the victim."

The attendees also discussed the need to further establish a good institutional framework for child protection to further address the issue of child sexual abuse.

The latest survey shows that over 67 percent of people do not know much about how to respond to child sexual abuse when faced with it. Only 8.48 percent of the respondents said they know how to deal with it very well, and 14.09 percent of them think they don't know what to do after encountering sexual abuse of children.

Li Wei, a senior prosecutor of the Supreme People's Court, pointed out that the insufficient capacity of relief agencies and staff and inadequate support mechanisms have been challenges in dealing with cases of child sexual abuse.

Li also said that the Supreme Prosecutor is coordinating efforts to promote the integration of professional case handling and social protection.

The attendees vowed to propose more practical solutions on this issue during the upcoming two sessions, promote better protection of minors under the rule of law across China and boost social confidence.