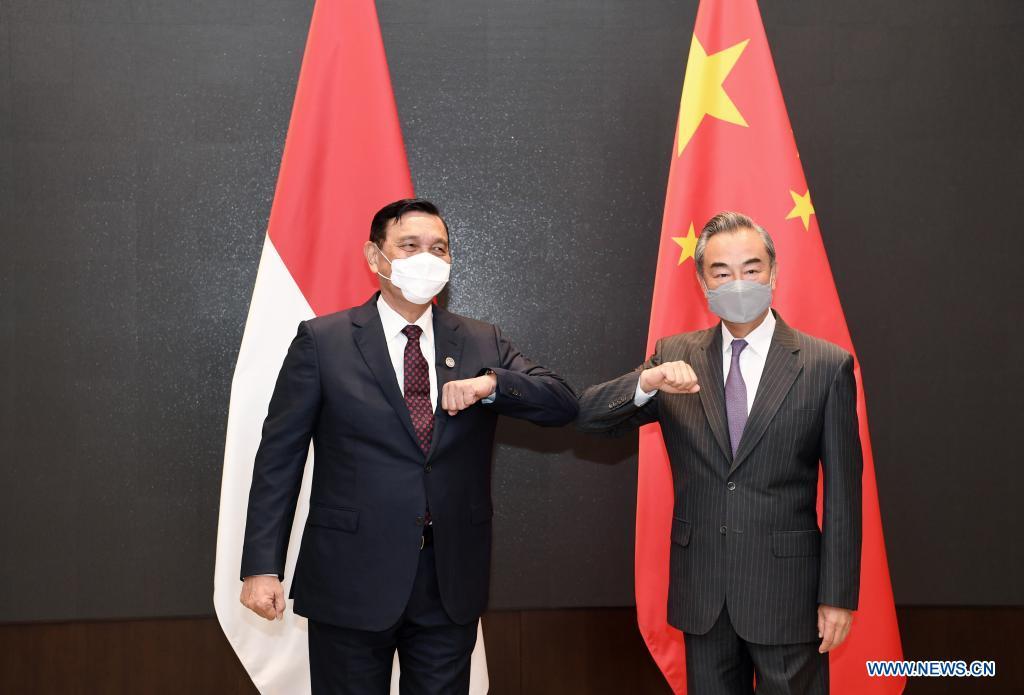 This meeting marks the establishment of the comprehensive high-level cooperation mechanism between the two countries, Wang said, adding that it is an important measure taken by the two sides to implement the consensus reached by the heads of state.

On the occasion of the first meeting, Wang said that both sides should set the long-term goal of jointly building a China-Indonesia community with a shared future, focus on political security, trade and investment, people-to-people and cultural exchanges, maritime cooperation and anti-epidemic and public health cooperation, so as to kick off a good start of the mechanism and open up a new situation of all-round development of China-Indonesia relations.

For his part, Luhut said that the establishment of the mechanism will provide new support for more effective cooperation between the two countries.

The two sides signed two memorandums of understanding on establishing a high-level dialogue cooperation mechanism and strengthening maritime cooperation between the two countries after the meeting. Enditem