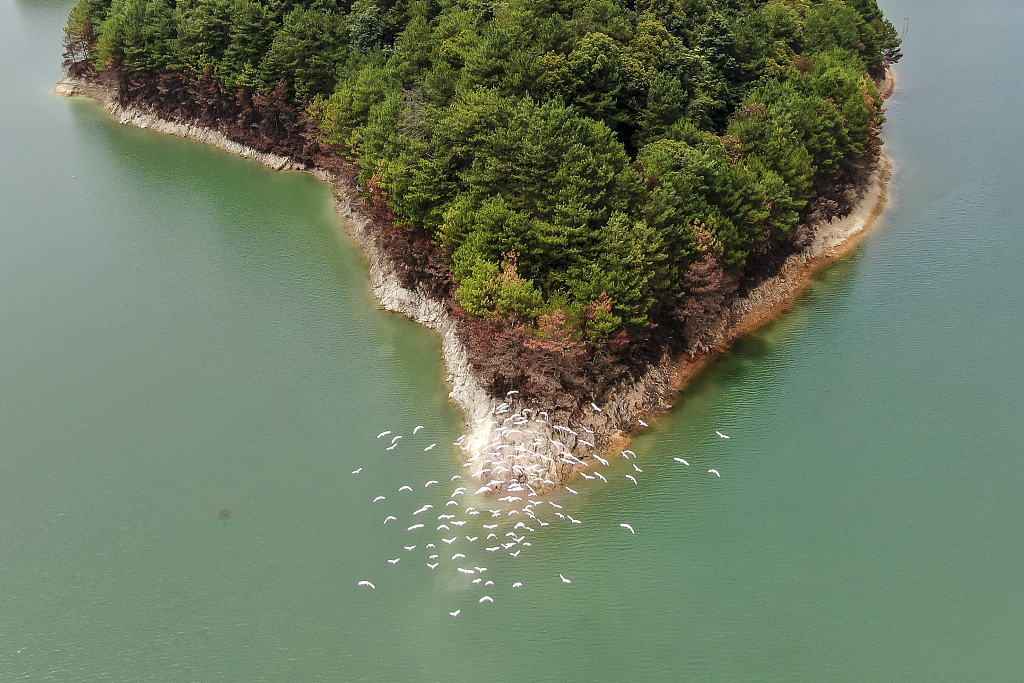 When addressing the opening ceremony of the high-level segment of the second part of the 15th meeting of the Conference of the Parties to the Convention on Biological Diversity (COP15) via videolink, he also called for promoting green development through biodiversity protection and upholding a fair and equitable global order on biodiversity protection.

Experts and officials said they believe that Xi's proposals are widely inspiring, which will inject strong impetus into global biodiversity governance.

"He made a very inspiring welcome address here at the COP15 in Montreal, where he really encouraged all parties to identify the path towards a global outcome on biodiversity so as to hold and reverse and protect nature," said Florika Fink-Hooijer, director-general for environment at the European Commission.

In the speech, Xi urged all parties to firmly defend true multilateralism, firmly support the UN-centered international system and the international order underpinned by international law, and form strong synergy for protecting the Earth.

"I think it was also very positive that he firmly emphasized the international system with the United Nations at its core," said Fink-Hooijer.

The opening speech by President Xi contained some powerful words, particularly the focus on the need to take action, said Marco Lambertini, director general of the World Wide Fund for Nature International, adding that this is what the world needs in order to reverse biodiversity loss.

"And at the moment, the negotiations are a little bit stuck. But we really also appreciate the effort of the Chinese presidency, to mandate leaders from different governments to really begin to address the differences that still exist," said Lambertini.

In his speech, Xi said: "A sound ecosystem is essential for the prosperity of civilization. We must work together to promote harmonious co-existence between man and Nature, build a community of all life on Earth, and create a clean and beautiful world for us all."

"I think he conveyed all the right messages to delegations here at COP15 ... I think it's an approach that is very compatible with the concept of sustainable development, which is very dear," he said.

Starting in 2015, the country has launched 10 pilot national parks, including parks dedicated to the protection of Siberian tigers and Amur leopards, as well as giant pandas.

Currently, the at-risk status of wild giant pandas in China has been downgraded from "endangered" to "vulnerable," as their population has grown to some 1,800, and the endangered "smiling angel" Yangtze finless porpoise has been seen in the Yangtze River.

"We cannot do anything but support, and work, and help, and learn from China on how it is managing nature, conservation areas, national parks, nature reserves, and so on," said James Hardcastle, head of the International Union for Conservation of Nature's protected and conserved areas team.

"Ecological civilization is a key element of the current five-year plan (of China), and I think that's good. We in Norway and many other countries are thinking in the same direction," said Norway's Climate and Environment Minister Espen Barth Eide.

Apart from progress made domestically, China is also playing an active role in the global biodiversity protection drive.

In October 2021, the Kunming Declaration was adopted at COP15 held in the provincial capital of southwest China's Yunnan Province, providing new momentum for a biodiversity conservation roadmap in the coming decade.

China announced at that time it would invest 1.5 billion yuan (about 214.5 million U.S. dollars) to establish the Kunming Biodiversity Fund to support biodiversity protection in developing countries.

In his speech, Xi said China will respond to the Action Plan for the UN Decade on Ecosystem Restoration, and launch a large number of key projects on biodiversity protection and restoration.

"We will deepen international exchanges and cooperation, and support international forums on biodiversity. We will do our best to provide support and assistance to fellow developing countries through the Belt and Road Initiative International Green Development Coalition and the Kunming Biodiversity Fund," he said.

Commenting on the propositions for promoting global biodiversity conservation, Huang Runqiu, COP15 president and China's minister of ecology and environment, said Xi's speech "pointed out the direction and offered a strong impetus for global biodiversity governance."

It shows that China is committed to promoting the process of global biodiversity governance with a clear idea and firm determination, and reflects China's responsibility as a major country, Huang said.