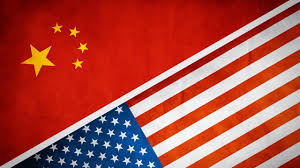 NEW YORK, Nov. 21 (Xinhua) -- The New York-based China Institute will present next week its annual Blue Cloud Award to honor individuals who have promoted greater cross-cultural understanding between the United States and China.

The annual Blue Cloud Gala, which is scheduled for Nov. 28 in Manhattan, New York City, will bring together leading figures in the arts, culture, business, philanthropy, and education of both countries, four of whom will be awarded.

Under the name of "Blue Cloud," or "Qingyun" in Chinese, the award represents the traditional Chinese symbol of high virtue and status.

Last year, Governor of the U.S. state of New York Andrew Cuomo and prominent wedding dress designer Vera Wang were among the recipients of the award.

The China Institute is a non-profit organization dedicated to advancing understanding and deepening trust between the United States and China. The Blue Cloud Award was first introduced in 1984.