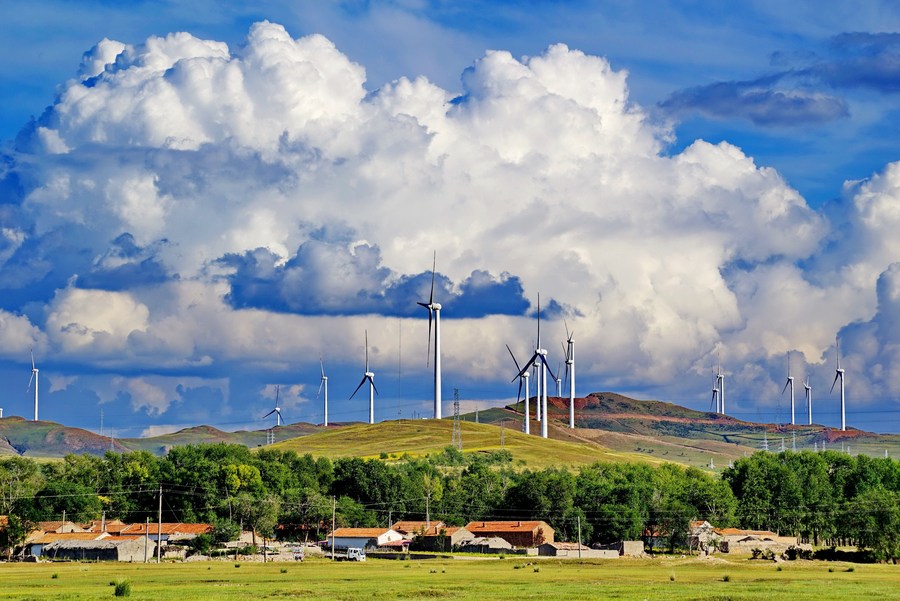 The country's installed capacity of renewable energy power generation totaled 930 million kilowatts by the end of 2020, accounting for 42.4 percent of the country's total, said Zhang Jianhua, head of the administration, at a press conference. Its installed capacity of hydropower generation had ranked first globally for 16 consecutive years, while its installed capacity for wind and photovoltaic power generation had led the world for 11 and six consecutive years, respectively, said Zhang. Last year, China's renewable energy use came in at 680 million tonnes of standard coal equivalent, generating the same energy as nearly 1 billion tonnes of coal. This helped reduce the emissions of carbon dioxide, sulfur dioxide and nitrogen oxide by about 1.79 billion tonnes, 864,000 tonnes and 798,000 tonnes, respectively. Power generated by renewable energy sources hit 2.2 trillion kilowatt-hours in China last year, accounting for 29.5 percent of the country's total electricity consumption, up 9.5 percentage points from 2012, he said.

Zhang also noted that the administration will take further steps to ramp up large-scale, high-quality and market-oriented renewable energy development and actively build a power system with new energy as the mainstay.

Meanwhile, stricter energy consumption standards will be adopted to support and promote the use of non-fossil energy and change energy use in key sectors and areas, such as industry, construction and transport, he said.