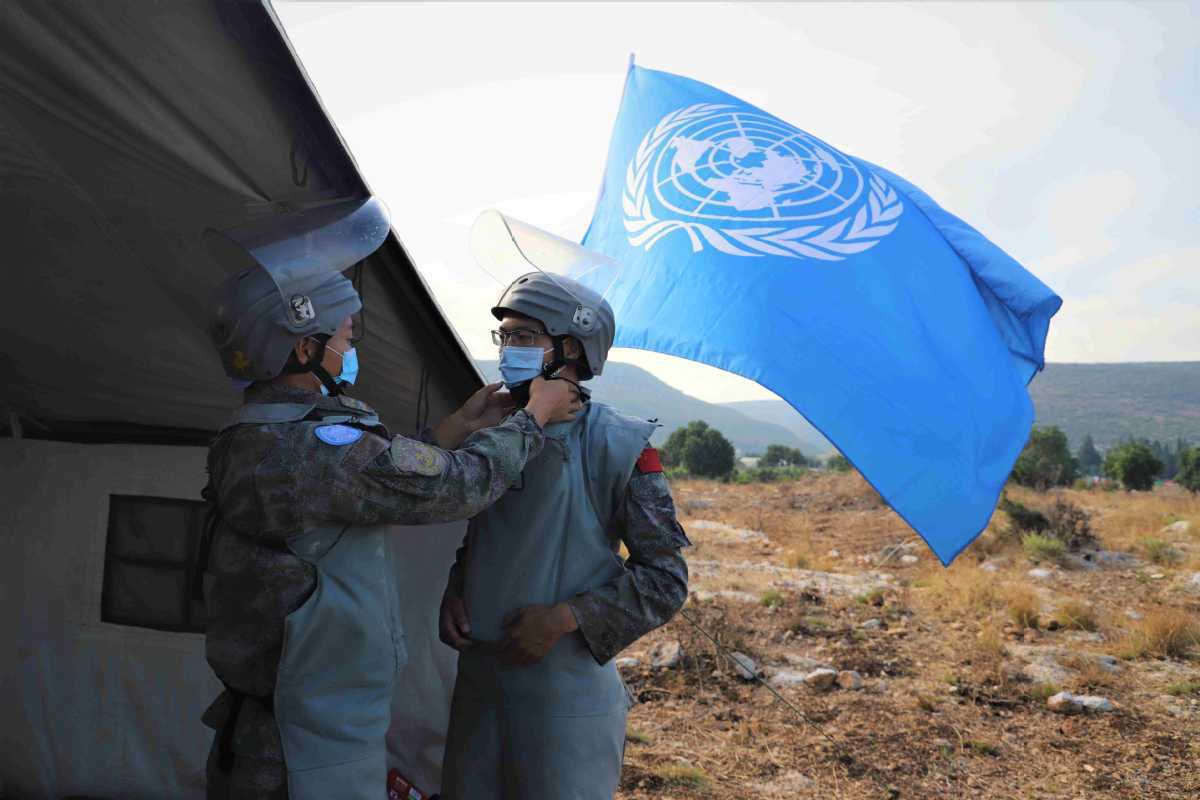 Soldiers of the 19th Chinese multi-functional engineering contingent to Lebanon adjust each others' protective suits before a mine clearance operation.(Photo: agencies)

Seventy one years after the People's Republic of China was founded in 1949, the country is more energetic as a builder of world peace, a contributor to global development and a defender of international order.

For decades China has been committed to co-development with other nations through trade and mutually beneficial civilian projects in its peaceful rise, instead of fighting in others' land like some hegemonic power has been doing year in year out.

And for generations, China has promised not to seek hegemony and kept its words by leaders from late Chairman Mao Zedong, to late leader Deng Xiaoping and further to current leader Xi Jinping.

China does not have any intention to fight either a cold war or a hot war with any country of this world, President Xi said in his statement at the General Debate of the 75th Session of the United Nations General Assembly on Sept 22.

"China is the largest developing country in the world, a country that is committed to peaceful, open, cooperative and common development", Xi said.

His words highlight Chinese will to support multilateralism and safeguard international system with the United Nations at its core, a global order which China helped create from the beginning at the UN's birth and which facilitates global growth and settlement of disputes.

At a time when some US politicians and moguls fan up decoupling and new "Cold War" that may disrupt the world, Chinese voices for avoiding any indulgence in affairs of another and solving conflict on a table through talks inject hope to the global community.

Surprisingly, the China's picture portrayed by the White House is quite different from what China in real is. It explicitly expresses how the US politicians want to paint their own choice of colors in the picture which is bent with truth.

In fact China has been and remains focused on peace of the global village largely, and cares for peaceful existence of countries, sharing businesses and opportunities.

Throughout decades, China has fulfilled its responsibilities in contributing to the United Nations and other world institutions such as the World Health Organization. China has been the largest contributor of peacekeepers among the UN Security Council members.

At present hundreds of Chinese peacekeepers are still helping people across the world, with some sacrificing their young lives in service. In comparison, militaries of the United States are causing the deaths of innocent civilians in Iraq, Afghanistan and Syria among other counties.