BEIJING, Oct. 2 (Xinhua) -- China's meteorological authority on Sunday issued a blue alert for a cold wave, the first in the second half of 2022, forecasting big temperature drops and gales in vast regions of the country. 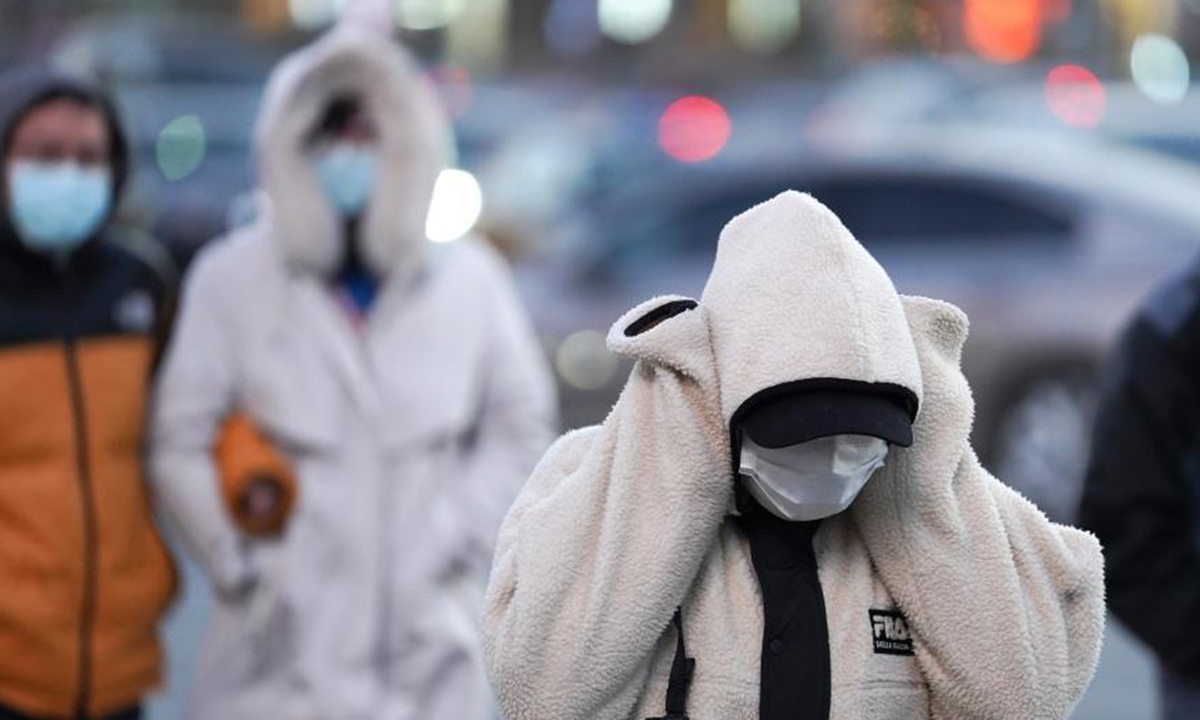 Pedestrians in thick clothes walk on a street at Chaoyang District of Beijing, capital of China, Dec. 29, 2020. (File photo: Xinhua)

From Sunday to Thursday, temperatures are expected to plunge by 8 to 12 degrees Celsius in most of central and east China, according to the National Meteorological Center.

Some parts of provincial-level regions, including Inner Mongolia, Heilongjiang, Jilin, Henan, Hubei, Anhui and Jiangsu, could see temperatures crash by over 18 degrees Celsius, according to the center.

Gales are expected to hit waters in the Bohai Sea, the Yellow Sea, the East China Sea, the Yangtze River basin, and areas to its north.

The center advised the public to take necessary precautions against the temperature change and suggested reinforcements of makeshift and tall structures against strong winds.

China has a four-tier, color-coded weather warning system, with red representing the most severe weather, followed by orange, yellow, and blue.