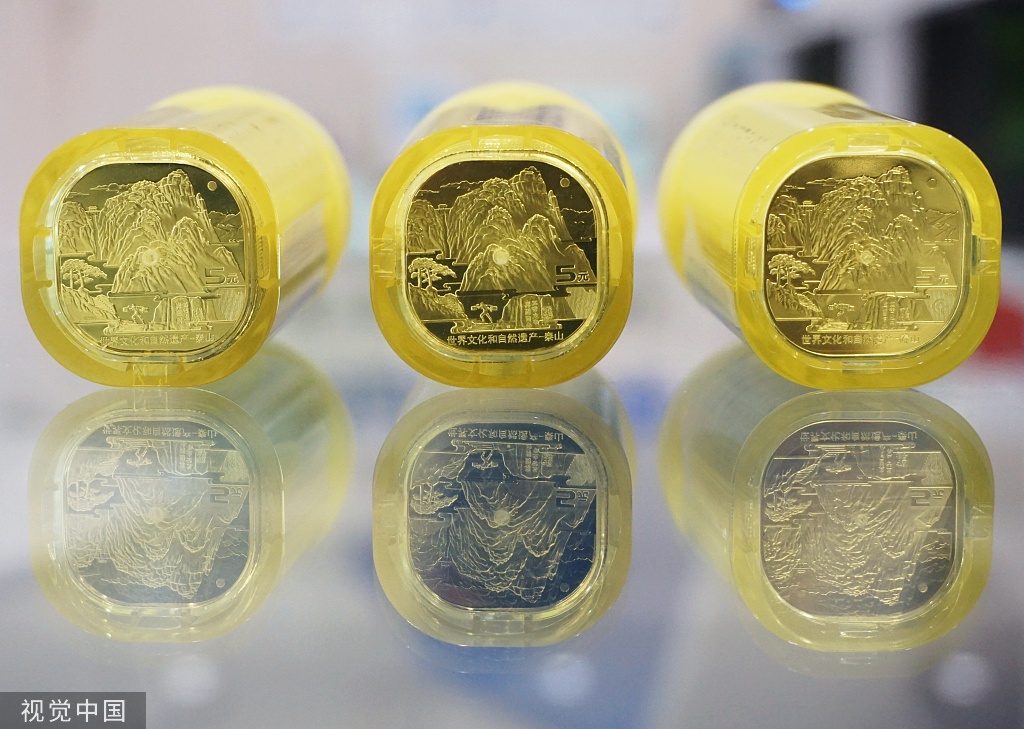 The coin, made of brass alloy and in a square shape with rounded edges, has a face value of five yuan (0.71 U.S. dollars), according to the People's Bank of China (PBOC).

The front side of the coin features China's national emblem, along with the country name, year of issuance and a decorative pattern of Mount Tai.

Scenic elements of the Mount Tai area are on the reverse side of the coin, including pines and cypresses, Mount Tai sunrise, men working on the mountain and stone carvings.

There will be a maximum circulation of 120 million coins, said the PBOC.

China's commemorative coins of the world cultural and natural heritage was first issued in 2002, including well-known scenic spots in the country, like the Great Wall, the Palace Museum and classical Chinese gardens in Suzhou.