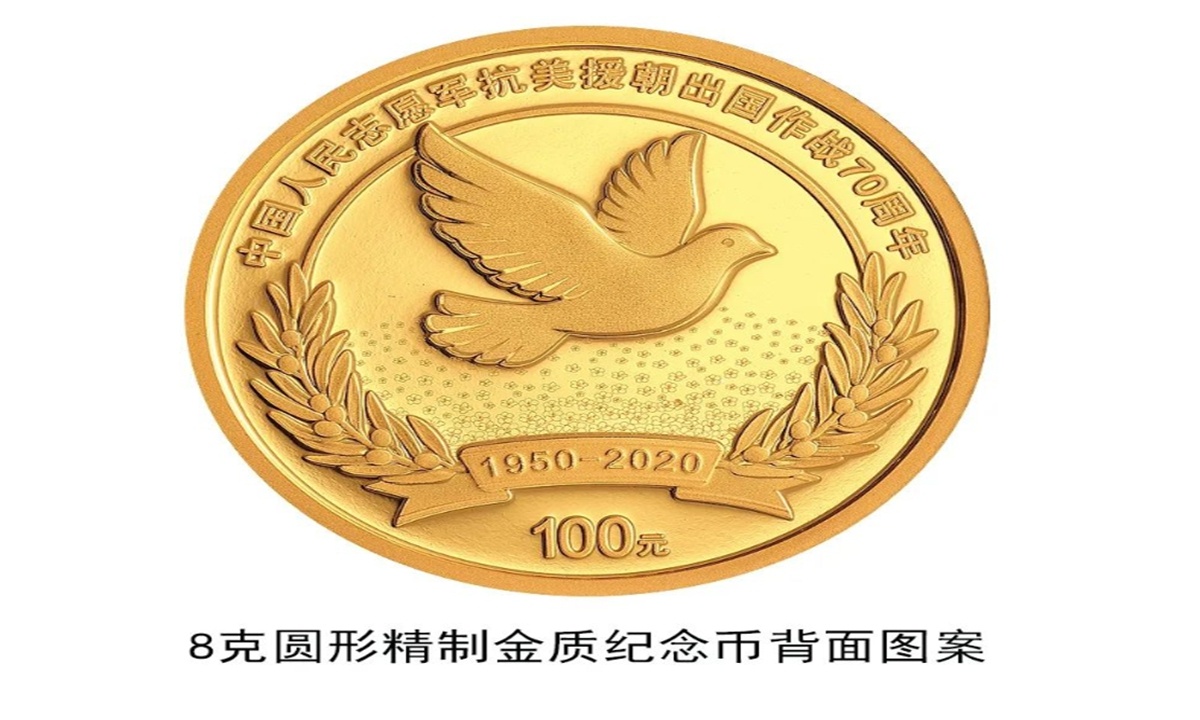 The People's Bank of China (PBC) plans to issue commemorative coins on Thursday to mark the 70th anniversary of the Chinese People's Volunteer Army's participation in the Korean War (1950-53) against the US.

The series is a made up of a gold coin, which weighs eight grams, and a 32-gram silver coin. The national emblem of the People's Republic of China (PRC) is imprinted on the front side of the gold coin, with a peace dove, olive branch and azalea on the back, along with the words "70th anniversary of the Chinese People's Volunteer Army's participation in the Korean War."

The issuance of the coins was announced as a slew of activities marking the anniversary were scheduled in China, including the release of films and organizing of activities related to the war.