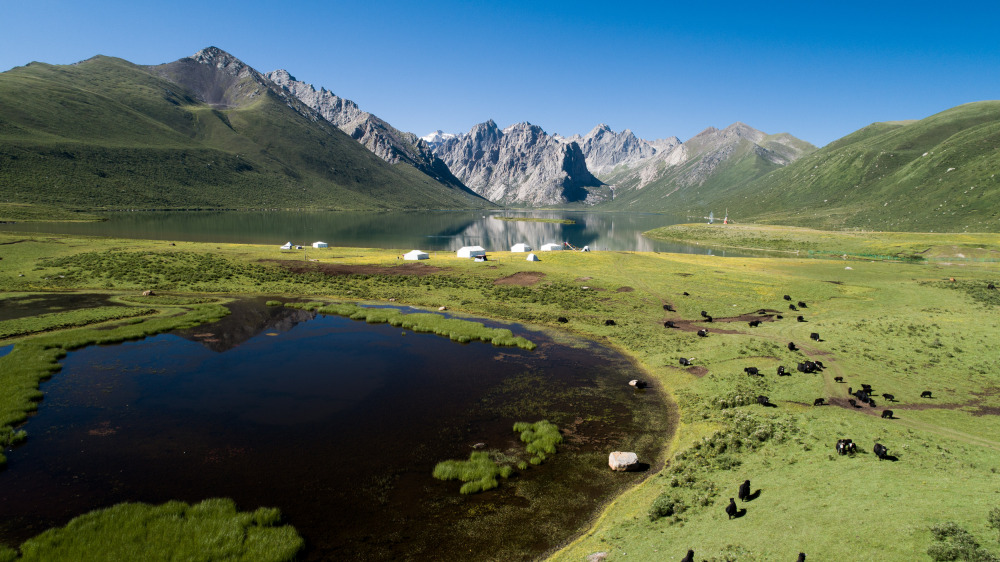 Aerial photo taken on July 9, 2019 shows the scenery at Mt Nyanpo Yutse in Tibetan autonomous prefecture of Golog of Northwest China's Qinghai province. Qinghai province, much of which lies on the Qinghai-Tibet Plateau, is the home to the headwaters of the Yangtze, Yellow and Lancang rivers. (Photo: Xinhua)

A research team from the Center for the Pan-third Pole Environment of Lanzhou University conducted the dataset. It provides fundamental data for the study of lakes on the Qinghai-Tibet Plateau, said Liu Junzhi, professor at Lanzhou University and leader of the team.

Lakes collect runoff, sediment, and nutrients from upstream watersheds and are a vital destination for material migration at the watershed scale. Therefore, lake water and sediment attributes are significantly affected by catchment attributes, such as climate, terrain, and vegetation conditions, said Liu.

The dataset delineates the watershed boundaries of 1,525 lakes, with an area from 0.2 to 4503 square kilometers, on the Qinghai-Tibet Plateau.

Under the Chinese Academy of Sciences, the TPDC is the only data center in China with complete scientific data for the Qinghai-Tibet Plateau and surrounding regions. Since its establishment in 2019, it has collected scientific datasets on the cryosphere, solid Earth, ancient environments, land surfaces, and other fields.