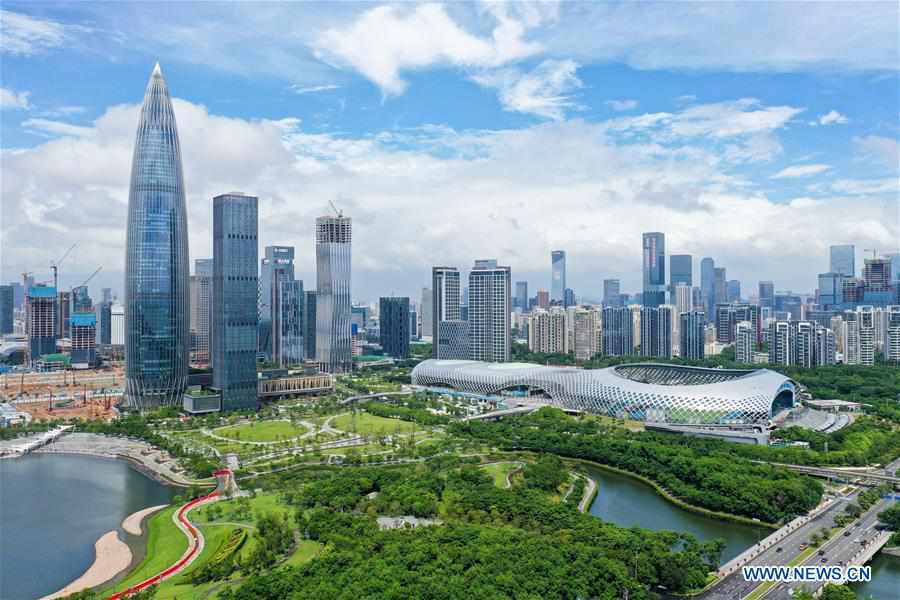 BEIJING, Oct. 18 (Xinhua) -- China has unveiled a list of 40 authorized measures to facilitate the pilot reforms in Shenzhen to build the city into a demonstration area of socialism with Chinese characteristics, authorities said.

The list followed the release of a plan for the same purpose earlier this month and focused on its implementation, featuring entries regarding the market-oriented allocation of production factors, the business environment, science and technology innovation, opening up, public services, as well as environmental and urban space governance, according to a National Development and Reform Commission (NDRC) document published on its website.

The measures in the list will grant Shenzhen greater autonomy in the reform of important areas and key links, Ning Jizhe, deputy head of the NDRC, told a press conference Sunday.

Over half of the measures would require adjustments to existing laws and regulations, which showcased the strength and depth of the upcoming reforms, said Ning.

Ning said the list is itself a significant upgrade from the usual case-by-case approval process.

The southern Chinese metropolis has started carrying out some of the measures, having piloted a registration-based system at the ChiNext board of growth enterprises and passed a personal bankruptcy ordinance which will take effect in March next year, said Shenzhen Mayor Chen Rugui.