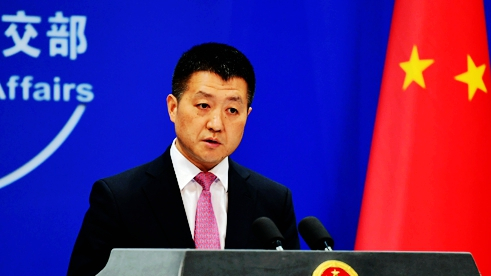 China’s Foreign Ministry on Tuesday reiterated that the US travel warning issued by its embassy in Washington last week was part of the mission’s duty and responsibility to warn citizens against potential risks, adding that the advisory was published keeping in view the peak summer travel season.

“The Chinese Foreign Ministry and its diplomatic missions have the duty and responsibility to timely issue alerts against potential risks in the relevant countries or regions for Chinese citizens on a visit there,” Foreign Ministry spokesperson Lu Kang said.

“The summer holiday is the peak season for Chinese citizens to travel to and come from the United States. It is totally within the scope of duty of the Chinese Embassy and consulates in the US to issue such travel alert,” he added.

The Chinese Embassy in Washington last Thursday issued a security advisory to Chinese travelers in the US amid the escalating trade tensions between the two countries.

The embassy warned Chinese tourists to be aware of issues including expensive medical bills, the threats of public shootings and robberies, searches and seizures by customs agents, telecommunications fraud and natural disasters.

“Public security in the United States is not good. Cases of shootings, robberies, and theft are frequent,” the embassy said in the alert published on its website. “Travelers in the United States should be alert to their surroundings and suspicious individuals, and avoid going out alone at night,” it added.

The warning about the risk of natural disasters was the only new addition in the latest advisory from a similar travel warning posted by the embassy in January this year.