A press conference is held by China's State Council Information Office on the release of a white paper titled "Energy in China's New Era" in Beijing, capital of China, Dec. 21, 2020. (Photo: Xinhua)

The white paper, titled "Energy in China's New Era," was released by the State Council Information Office to provide a full picture of the country's achievements in energy development and major policies and measures for energy reform.

Today, China has become the world's largest energy producer and consumer and its transition to efficient energy utilization has been the fastest in the world, says the document.

China has been working on all fronts to reform the ways energy is consumed, to build a clean and diversified energy supply system, to implement an innovation-driven energy strategy, to further the reform of the energy system, and to enhance international energy cooperation, it says.

The main body of the white paper was divided into seven sections: developing high-quality energy in the new era, historic achievements in energy development, an all-round effort to reform energy consumption, building a clean and diversified energy supply system, leveraging the role of innovation as the primary driver of development, deeper reform of the energy system in all areas, strengthening international energy cooperation across the board. 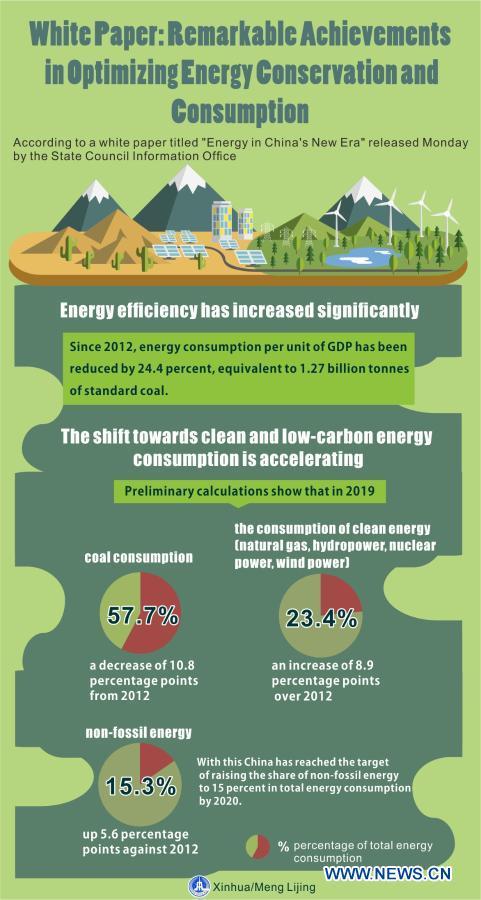