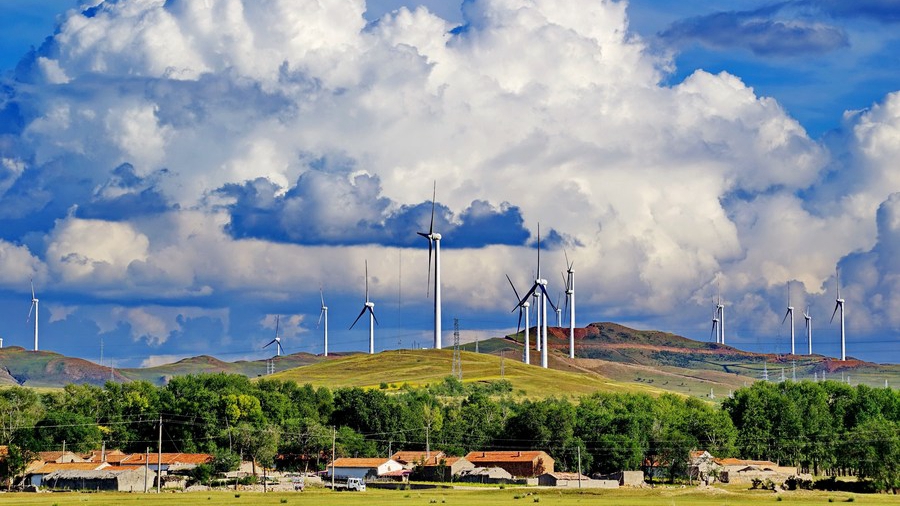 BEIJING, Oct. 27 (Xinhua) -- China on Wednesday released a white paper to document the country's progress in mitigating climate change, and to share its experience and approaches with the rest of the international community.

The white paper, titled "Responding to Climate Change: China's Policies and Actions," was released by the State Council Information Office.

Significant changes have taken place in China as the country responds to climate change.

The following are highlights of the country's achievements in this respect revealed in the white paper:

Preliminary calculations show that the reduction from 2011 to 2020 reached 28.7 percent, one of the fastest in the world.

-- China has accelerated the transformation to a clean and low-carbon energy consumption structure.

China has topped the world in new energy vehicle output and sales for the last six years.

As of the end of 2020, China had secured the largest share in the global output of polycrystalline silicon, PV cells and PV modules, and led the world in PV capacity additions for eight consecutive years; its installed capacity for new energy storage stood at 3.3 million kW, the largest in the world.

China has formulated new principles on tackling climate change and is contributing its solutions to global climate governance.

Regarding the goal of achieving carbon neutrality as a must-do to relieve the resource and environment constraints, the country has incorporated it into its overall economic and social development, adopting a holistic approach and balancing the relationships between economic growth and emissions reduction, the white paper said.

China sees pollution prevention and control as an integral part of the response to climate change, striving to synergize the reduction of pollution and carbon emissions through structural adjustment, optimized configuration, policy synergy and innovative mechanisms, it said.