BEIJING, Dec. 7 (Xinhua) -- China's national observatory Saturday issued a yellow alert for thick fog that will shroud parts of the country in the following three days. 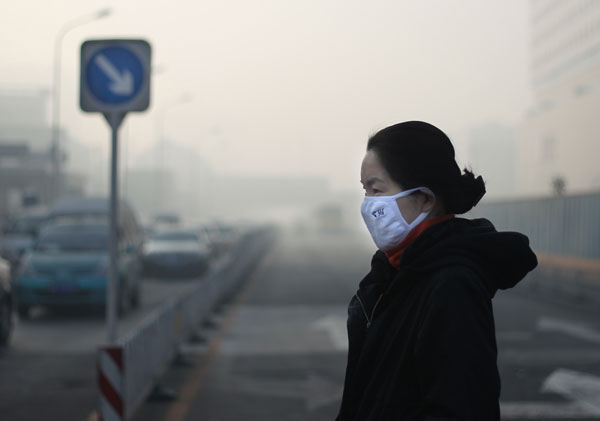 A resident wearing a mask and sunglasses walks in Beijing, as heavy smog hit the city on Tuesday. (Photo: China Daily)

Thick fog is forecast to envelop north China, areas between the Yellow River and the Huai River and Sichuan Basin Saturday morning, reducing the visibility to less than 200 meters, according to the National Meteorological Center.

The fog will continue to linger in the following three days and bring light to heavy smog to parts of the areas. Next Tuesday, a fresh wave of cold air is expected to sweep across the fog-shrouded areas, weakening or dispersing the smog, the center said.

China has a three-tier color-coded warning system for fog, with red being the most serious, followed by orange and yellow.