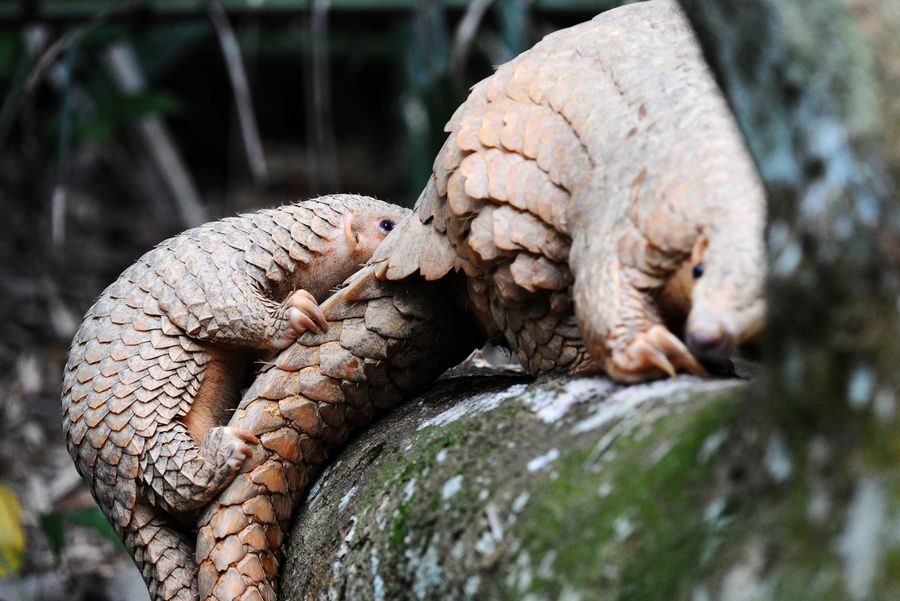 A baby Sunda pangolin and its mother are seen at the Singapore's Night Safari. (File photo: Xinhua)

HANGZHOU, Jan. 5 (Xinhua) -- A court in east China's Zhejiang Province on Tuesday sentenced 17 people to imprisonment for smuggling more than 23 tonnes of pangolin scales into the country.

The scales, worth more than 180 million yuan (about 27.9 million U.S. dollars), were smuggled by the gang from Nigeria in three batches in 2018 and 2019, according to the intermediate people's court in Zhejiang's Wenzhou City.

The two main suspects, surnamed Yao and Wang, were sentenced to 14 and 13 years in prison, respectively. Other suspects received jail terms ranging from one year and three months to 12 years.

China has banned illegal trade in wildlife and stepped up crackdown on such activities.