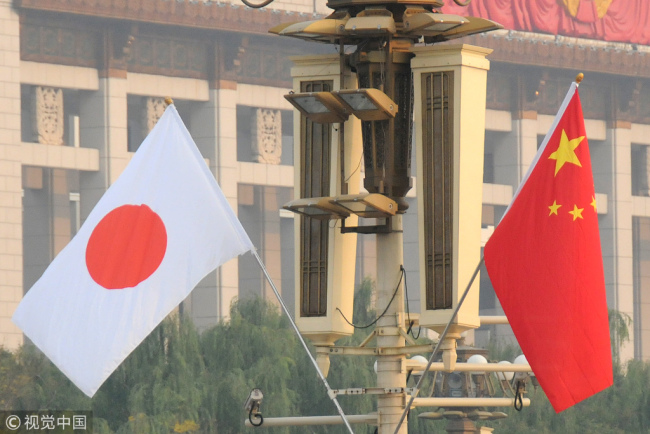 The national flags of Japan and China fly at the Tian'anmen Square. (Photo: VCG)

China and Japan will hold the 16th security dialogue on Friday in Beijing, a Foreign Ministry spokesperson announced Thursday.

They will exchange views on bilateral relations, defense security policies of the two countries as well as global and international issues of common concern.